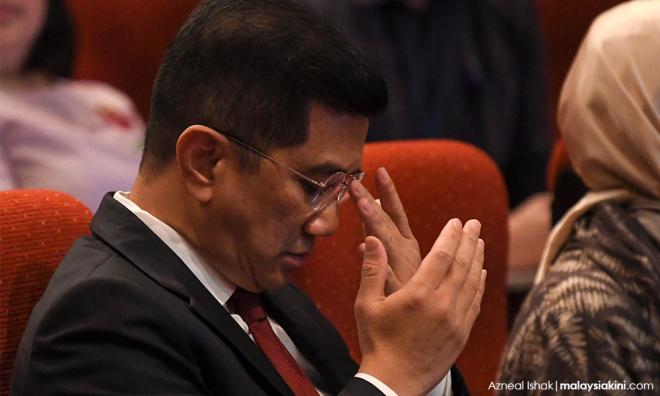 COMMENT | The issue with Azmin Ali is not his ambition or his alleged sex scandal, but that he continues to rely on support outside Harapan to destabilize PKR’s leadership. It has got so toxic that it would wrong to call Azmin Ali's supporters enablers, when "handlers" would be a better term.

If Azmin was demonstrating solidarity with his party when it came to issues affecting his party, it would not make a difference if he had a sub rosa agenda against Anwar Ibrahim. This is politics after all. However, Azmin’s continued reliance on outsiders to ferment trouble and consolidate support is the existential threat facing PKR at this moment.

If this was merely an internal squabble, although destabilizing, it would not be as toxic to Harapan as it is now. If Anwar, the party supremo, cannot keep control of his party, then he deserves to lose power.

But Anwar is not only battling Azmin Ali, for he also has to contend with Azmin’s allies from Bersatu and, of course, the riff-raff from Umno/PAS.

The fact that Anwar continues to genuflect before the prime minister, someone who has shown tremendous public support for Azmin and contempt for the Harapan reform agenda, is demonstrative of how weak the Harapan political establishment is...