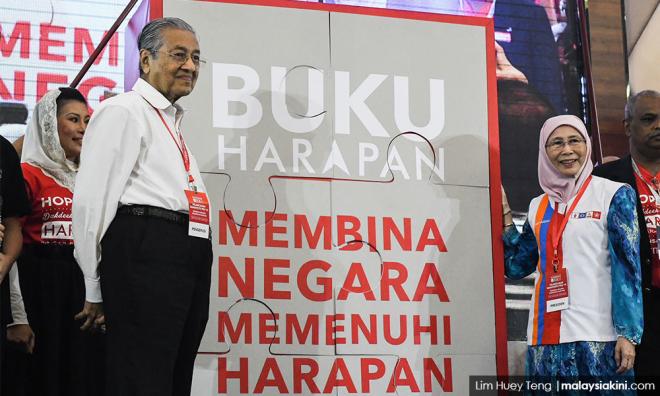 Were Harapan supporters promised the impossible?

"To avoid the Wan Ji mishap from happening again, all DPPs should read the Harapan manifesto on New Malaysia and seek any new instructions from the attorney-general if they have queries, especially with regard to cases before the last general election."

COMMENT | At the Perak DAP convention, Lim Kit Siang said something rather queer. He said Harapan had to admit that it promised the impossible in its election manifesto. He also said that he believed Malaysians would “appreciate our frankness, with their support and confidence largely intact”.

Here is what Prime Minister Dr Mahathir Mohamad recently said: “We thought we were going to lose. We put in tough things in the manifesto so that if we lose, the (BN) government would be in a quandary (after winning the polls).

“But now, we are the government. We are victims of our own manifesto.”

politics
lim kit siang
harapan manifesto
lim guan eng
harapan
Related Reports
Unacceptable - Anwar to have a word with Malacca PKR reps
a year ago
Tian Chua: Don't blame absence of party leaders for Zakaria's dismissal
a year ago
How dangled carrots lead to forked tongues
a year ago
Anti-Lynas MP: Minister rubbing salt into the wound with manifesto excuse
a year ago