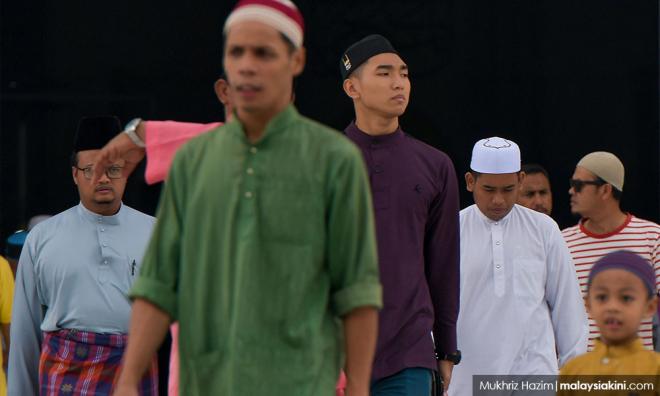 What in God’s name is a hyper-liberal?

“To 'choose' dogma and faith over doubt and experience is to throw out the ripening vintage and to reach greedily for the Kool-Aid.”

― Christopher Hitchens, God Is Not Great: How Religion Poisons Everything

COMMENT | Most people are interested in the fiasco which is the various PKR shindigs happening now but I am interested in Amanah's fourth national convention. I think it’s safe to say that Amanah is the “Islamist” party in the coalition.

Pakatan Harapan’s religious czar Mujahid Yusof Rawa is in charge of the vast Islamic bureaucracy which has its tendrils in every aspect of Malaysian life. That’s power and influence that most other ministries do not have and, coupled with the subservient nature of Harapan's political operatives to Bersatu, the most dangerous of hegemonic tools.

The always affable Mohamad 'Mat' Sabu – I still cannot wrap my mind around the fact that he is our defence minister – claimed in his speech that Amanah had to deal with two opposing ideological forces facing Malaysia. The hyper-liberal on the one hand and the “ultra-ethno nationalist” on the other...

race & religion
islam
amanah
mohamad sabu
Related Reports
Amanah ready to face 'ultra-ethno nationalists' and 'hyper-liberals'
a year ago
Nazi-salute, Chin Peng’s ashes, reap what you sow
a year ago
The long road of coalition building
a year ago
Jailing people for not praying will not make Islam popular
a year ago