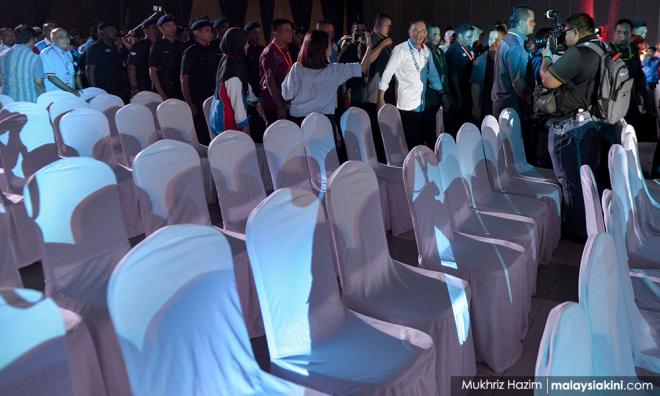 "Ah, lips that say one thing, while the heart thinks another."

COMMENT | Well, the peace treaty between Anwar Ibrahim and Azmin Ali did not last long. When I wrote that Anwar should expel Azmin, a few politicians from Harapan texted me. They told me that this was politics and that Anwar was using tactics and strategy when dealing with his frenemy. Well, how is that working out for Harapan and PKR?

Wherever he is, the old maverick is smirking. Azmin and gang are doing a better job of clouding the succession issue and destabilising Harapan then anything the warlords of Bersatu and the flotsam and jetsam of the fetid swamp of mainstream Malaysian politics have done or will do.

PKR communications director Fahmi Fadzil, when dismissing claims that there are two camps in PKR, said, "That is something portrayed by the media. I understand that there could be a perception of such, but the reality is, there are no camps. What we have now is Parti Keadilan Rakyat that is strong and united," – which is Trumpian in its perversity.

Anwar warned that anyone attending the parallel congress would be sacked. He then agreed to a ridiculous four point agreement with his rival. I get that some people think that this is some sort of great strategy on Anwar’s part.