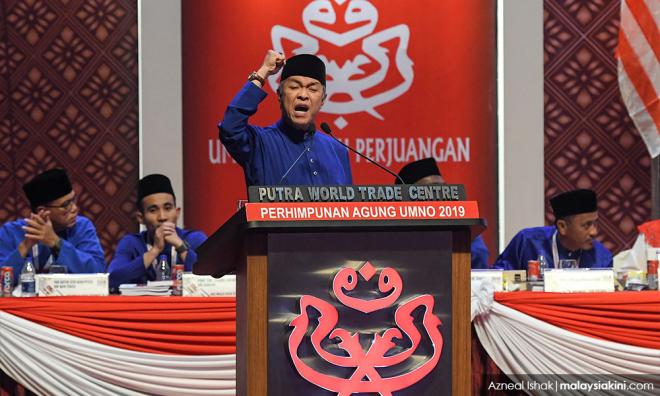 Why Umno will always be relevant

Of the three, there is no prize for guessing which one is the most troubled and problematic party. The ruckus in Malacca was a disgrace and all associated with such violent behaviour should be ashamed of themselves.

But, are they? This party is sick to the core. I don’t find the fighting and violence surprising at all. A party infested and soiled with hooligans is bound to attract characters of the same breed!

Hired goons or not, the fact remains that only a political party with a samseng (gangster) culture will attract such shady characters.

How come no professional rabble-rousers, if indeed they exist, gate-crashed the Umno and Amanah assemblies?

In Shah Alam, the Amanah assembly saw some fiery debates but many speakers raised pressing and pertinent issues. Amanah has matured a lot over the past five years. Credit is due to the party leadership...