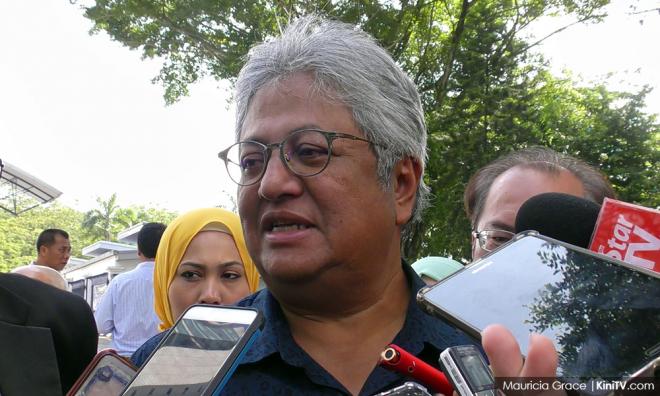 Zaid Ibrahim’s twitter feed of late is a treasure trove of bon mots chronicling the failure of Harapan to fulfill its mandate to reform the government. Zaid – someone I consider a friend – has always been the political outsider who has never had a problem burning bridges if he thinks that is what it takes to get his point across.

The best way to describe Zaid Ibrahim’s political career is that it is a self-inflicted wound. People's takeaway is always, “Can Zaid ever play well with others?” Whether he was slaying Malay sacred cows or giving the middle finger to whoever is supporting him at the time, he has always been an interesting political operative to write about.

When Zaid had to retract his statement made against Tun Daim Zainuddin, most folks thought it was over for Zaid. His recent statements about the DAP losing its shine has gained some traction because of the disillusionment many partisans feel of Harapan.

As far as I am concerned, Bersatu is merely the wreckage of the old order. PKR and DAP stand a chance of turning this country around, and this is why they are constantly under attack from the mainstream political parties and, of course, the deep Islamic state.

While Zaid correctly points out that “fear” and the lure of power has infected the DAP, the reality is that the historical strategy of warring with the MCA and snuggling up to sympathetic Muslim power structures are impeding the DAP, especially since they gained federal power...