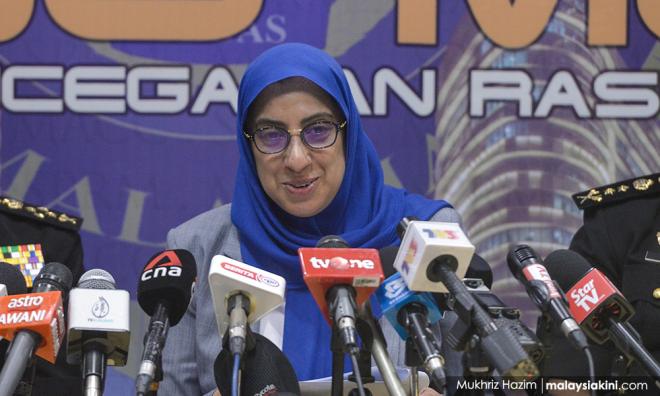 Should the Najib clips have been released?

QUESTION TIME | It was quite a theatrical, unprecedented performance - the release of the Najib Abdul Razak audio recordings, including that dressing down he got from his wife Rosmah Mansor, which caused MACC chief Latheefa Koya to comment that it was almost as if he (Najib) was reporting to his wife.

Apart from what was disclosed from the recordings, questions also arise as to whether the tapes should have been disclosed in the manner it was done, if investigations could be prejudiced, and possible criminals forewarned that they may face charges.

Latheefa (photo) laid it on when playing the tapes, giving short introductions, and injecting some drama and even keeping the suspense up as she told reporters to listen carefully to what was said in the recordings and to look out for who was involved.

She confirmed the “absolute authenticity” of the tapes after forensic investigations - which means there is no doubt as to the people involved.

Latheefa said MACC had been given the recording, but at this point, she would not tell from where it came from...