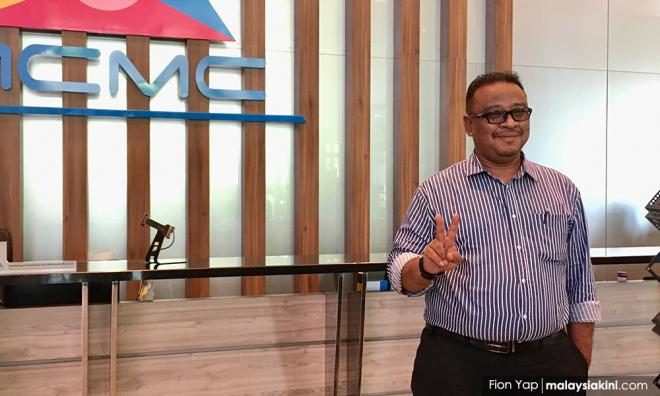 How a shyster trolled the cabinet and exposed Harapan's hypocrisy

COMMENT | Mohd Khairul Azam Abdul Aziz, vice-president of some far-right outfit, managed to troll the Pakatan Harapan cabinet with his letter of demand, which resulted in the spectacle of several ministers visiting a high school in Puchong.

A shyster somehow managed to convince a schmuck of principal (with the help of the police) to take down Chinese New Year decorations because it meant propagating to Muslim students.

Now some folks like the spectacle of cabinet ministers parading about affirming the multicultural foundations of this country, but the reality is that these feel-good moments are nothing but spitting in the wind of the systemic dysfunction of the government.

And the really silly excuse by Deputy Education Minister Teo Nie Ching that the police merely “advised” the school to remove the decorations to de-escalate the situation.

First of all, what kind of police do we have here? Removing the decorations by definition is an escalation. This is what raises the temperature, especially on social media, where the perception is that a lone far-right person has more influence over a public school than the principal, the parents and even the police.

Also, removing cultural symbols of non-Muslims from public spaces is the definition of the Islamisation process that many folks fear.

But I do not really blame the school in this instance. What happens if they decided to...