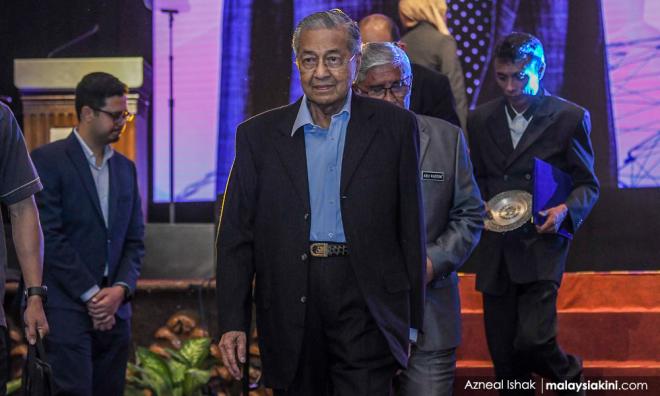 “This will allow MPs, not only from PAS and Umno but also from Pakatan Harapan, to vote.”

COMMENT | While many folks have been slagging off PAS’ confidence vote in the old maverick Prime Minister Dr Mahathir Mohamad, I think it’s an extremely effective bit of political theatre that plays into the racial and religious politics of this country and lays bare the schisms of Pakatan Harapan.

If DAP operatives vote against Mahathir (photo, above), this will play into the narrative that Anwar is their puppet, and they do not want a "strong" Malay leader. PKR, of course, with its Azmin/Anwar turmoils will be forced to openly declare their allegiance thereby destabilising Harapan further.

Umno, of course, is not exempt. There are factions within Umno who are busy sitting on the fence, cowardly waiting to see who emerges - or is that resurges - as the winner and declaring support for the old maverick would further destabilise the power structures in Umno, which has been slowly gaining ground with the wins of the last five by-elections...