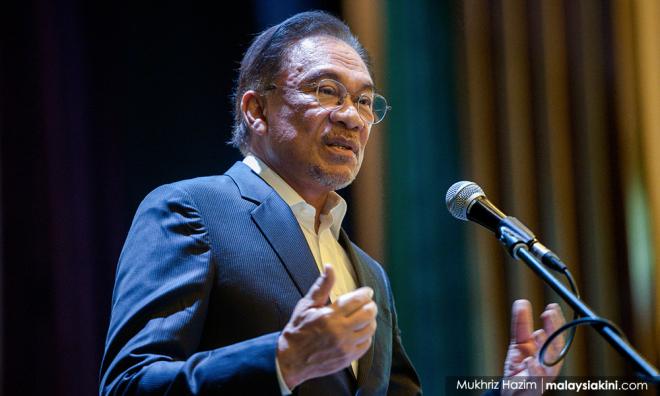 Anwar should be the PM Malaysia needs, not what the supremacists want

“Our chief want is someone who will inspire us to be what we know we could be.”

COMMENT | The big pow-wow by the Pakatan Harapan presidential council – I still have no idea what this council does – this Friday will hopefully set a transition date which has dominated Harapan since it took over from the Najib regime.

PAS is going wackadoodle with idiotic pronouncements which means that its leadership command is convulsing at the thought that yet again it has missed out on a chance to make it into the federal government because it chose the extreme path instead of the middle ground.

The problem with the saboteurs within Harapan is that they operate in the shadows never once making the case that there are “better” candidates than the person that the people who voted for Harapan want to be prime minister.

I, for one, am always willing to listen to an outlier argument. Anyone who reads my columns understands that I have chronicled Anwar Ibrahim’s missteps even during the run-up to the historic Harapan win and after while most partisans were suffering from a hangover.

This is what I find most despicable about these saboteurs. The fact that they would derail the whole process and they do it for reasons not based on ideology or principle but rather because they want to retain or gain power.

Let me be very clear - I have been relentless in my criticisms of his words and deeds. However, I still remain one of the few people who think that Anwar should have his time in the hot seat. The big question is, will Anwar ...

Whatever the decision on Friday, Dr M to quit after Apec
18 Feb 2020
Which PKR MPs trying to get Dr M to stay full term? Everyone denies, says Anwar
15 Feb 2020
Anwar confirms 'plot' to keep Dr M in power, says transition to be finalised next week
13 Feb 2020
Anwar calls for tolerance amid fresh debates on censorship
12 Feb 2020