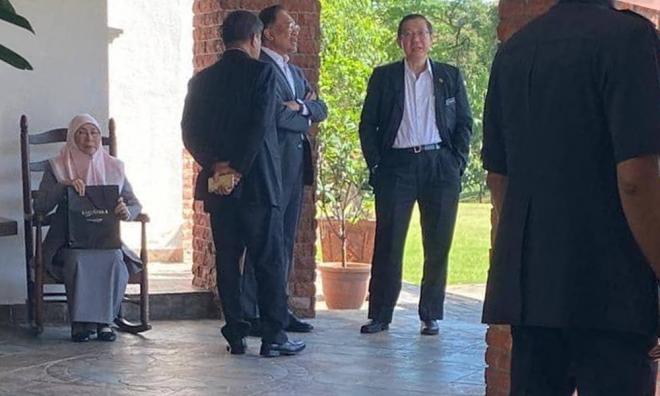 COMMENT | The last four days have been filled with political intrigue and uncertainty, as the contestation for power has led to the collapse of the Pakatan Harapan government, the resignation and return of Dr Mahathir Mohamad to the prime minister position and greater momentum in calls for new elections.

It is useful to dissect what is happening (as best one can in a fluid situation) and lay out the key issues/factors that are shaping this transition period.

Malaysia is experiencing a second non-Umno led government change in its history. The first was the Harapan government that was brought into power after GE14 that collapsed on Monday. A change and collapse of government are a normal part of a multi-party coalition systems, although the drama surrounding how this has evolved has been uniquely Malaysian.

While the country has been held hostage to elite wrangling, and elites across the political parties are responsible in part for putting the country in this situation, the process has been largely confined at the elite level, legal and peaceful.

Malaysia’s Agong has played an important role in mediating the elite conflicts and assuring that the process remains constitutional. His broad engagement has been a stabilising national force, that reflects a greater role of the royalty in the political landscape.

Nine major political parties/groupings are vying for power. These are the Muafakat coalition of 1) Umno and 2) PAS. The East Malaysian parties of 3) Sarawak’s GPS and 4) Sabah’s Warisan. The core parties of Harapan, 5) PKR led by Anwar Ibrahim, 6) DAP and 7) Amanah, and the Harapan defectors of 8) Bersatu and 9) formerly PKR Azmin Ali cartel.

All of these parties have enough seats in the national parliament to influence the viability of a new government. There are also a number of additional smaller parties and independents who are also in the mix as sides try to form numbers for a parliament majority.

Malaysia’s main political parties/groupings are driven by elite interests in a deeply embedded patronage system. As I have noted earlier, a key driver of what has been happening has been to secure positions and power for themselves and their business allies. The inability of the elites to resolve conflicts and reach compromises is clearly evident, as many (although not all) have put their own interests over that of the country.

At the same time, the struggle for power has revolved around leadership loyalties. The question of who should and who will lead the country has been at the centre of the collapse of government – as the defectors (Bersatu and the cartel) have refused to accept PKR leader Anwar Ibrahim as a new prime minister, holding onto Mahathir as their power lifeline...