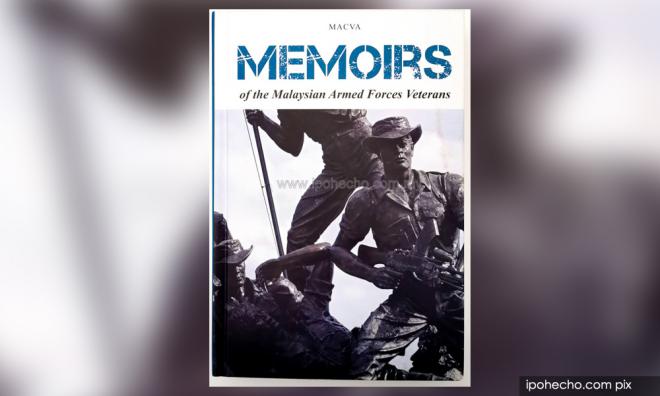 Narratives of Chinese veterans of the M'sian armed forces

I witnessed the Second Malayan Emergency while I was a young medical officer attached to the battalion at the frontlines. I saw how the servicemen, of different ethnic backgrounds and religions, had fallen in action, or were badly injured by gunfire or booby traps. They all contributed gallantly to the defence of the nation.

COMMENT | The Malaysian Armed Forces Chinese Veterans Association (Macva) has, with Memoirs of the Malaysian Armed Forces Veterans, produced a book that is a fascinating exploration of what it means to serve the country. While this book could be viewed as a historical narrative of the ethnic Chinese community’s contribution to nation-building, it is much more than that, in the sense that through the narratives of these veterans, through the compilation of anecdote and historical fact, what we are witness to, is a community of diverse Malaysians, working towards a common goal.

Goals that very often meant life or death but could also be the simple camaraderie of participation in sporting events. This is a concise history of the various services pre- and post-independence and how the Chinese community from the very beginning was part of the formation of the military apparatus of this nation.

What Macva has done with this book is not only to highlight the role of Chinese veterans in nation-building but also through pictures, historical fact and biographies, demonstrated how Malays, Chinese, Indians and Orang Asal working with, at first colonial powers, and then with democratically elected governments that formed the basis of what we now consider the modern Malaysian armed forces...