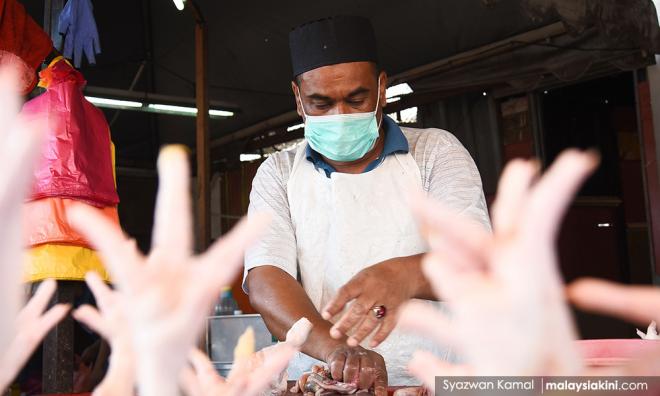 COMMENT | ‘Just the other day, I was out getting food after being stuck in my room…’

“Around the world, governments talk about unity in a collective effort to tackle perhaps our greatest challenge since the Second World War. Here, in Malaysia, Muhyiddin played politics at his first coronavirus meeting when he excluded leaders of Harapan-led states. This is not leadership.”

COMMENT | It all started innocently enough with a trip to the post office. With the movement control order (MCO) in place, I was settling down to finally watch ‘Smiley's People’ online. Truth be told, with the backdoor government in place and the Covid-19 stalking Malaysians, I was not in the mood for politics.

My interactions with the police and medical services personnel who have been operating in my area have been cordial. They have been doing an extremely good job in dispersing crowds and advising people to stay at home.

In fact, just the other day, I was out getting food after being stuck in my room the whole day, I was approached by a group of police personnel and medical officials. They got this old sailor a chair and placed me in a comfortable unused area so I could sit for a bit while waiting for my takeaway meal.

While I have nothing but derision for political operatives, my anecdotal experience with the state security personnel has been pleasant and they have been professional - looking out to help senior citizens and advising people to stay at home. Compliance has been generally rational where I live.

Anyway, a newfound friend of mine dragged me away from my laptop. He was a retired trader who was living off his meagre savings. He was only a few years younger than me but he insisted on calling me “Pakcik”.

He needed to pay his bills and wanted me to accompany him to the post office. He suffers from a mild physical disability and while he is mobile, he is worried that he would cause an inconvenience to strangers and prefers it if a friend lends a hand. I enjoyed interacting with him because our conversations in Malay were always peppered with his observations and musings on contemporary city life viewed through the lens of his Terengganu Weltanschauung.

“We must always pay our bills on time, Pakcik,” he said. This virus should not be an excuse to be lazy in our payments, he continued, as we slowly drove to the nearby post office. I asked him why his kids were not doing this and he said his two boys had completed their technical studies and were working in Singapore and Vietnam. They send back money so at least he and his wife could pay their bills on time. He was strictly observing the MCO, going so far as to tell all his friends not to go to prayers but to stay at home and pray.

When we arrived at the post office, we were told that we could only go in if we had mask. Since neither of us had mask, we could not go in. My friend went ballistic. Speaking in his Terengganu dialect he said that he and his wife had finished the face masks they had. Since they were not hoarding because they wanted other people to have access to face masks, he now did not have any...