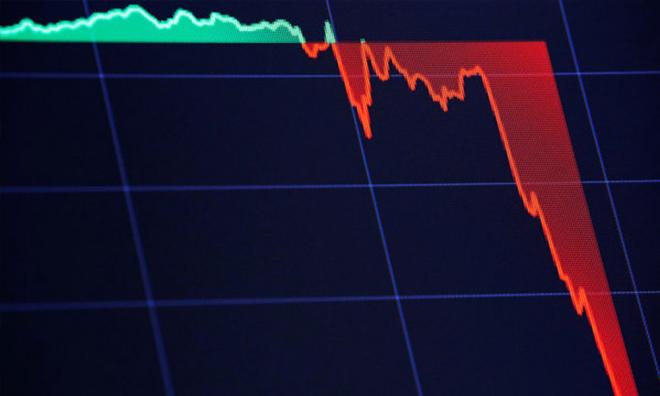 COMMENT | For those still unsure, let’s be clear - we are currently already knee-deep in a global recession.

All around the world, lockdown measures, disruptions in global supply chains, and a pervasive sense of uncertainty have stifled the global economy and destroyed global trade.

In the major Asean economies, first-quarter GDP prints from Singapore and the Philippines indicated that growth has turned negative, with GDP contracting by -2.2 percent and -0.2 percent respectively compared to a year ago. In Indonesia and Vietnam, first-quarter GDP numbers showed that the pace of economic growth has slowed dramatically.

In Malaysia, GDP numbers released yesterday showed the economy grew by only 0.7 percent in the first quarter of 2020, the slowest quarterly pace the Malaysian economy has grown since 2009. Turning to more current economic indicators gives us little cause for comfort.

For a start, measures of factory activity have plummeted in April. Industrial Production Index (IPI) data released earlier this week showed that Malaysia’s overall industrial output fell by -4.9 percent in April compared to a year ago, the lowest in more than a decade. Likewise, IHS Markit’s manufacturing purchasing managers' index (PMI), an indicator of the overall health of the manufacturing sector, is at the lowest level in April since the start of data collection in 2012.

Malaysian workers have not been spared. Unemployment is already fast approaching levels last seen during the height of the global financial crisis, with March data showing that 610,500 people were unemployed, with the headline unemployment rising to 3.9 percent.

With the March numbers only including two weeks of the movement control order (MCO), this suggests that the April numbers will be much uglier. Indeed, the recently-released Department of Statistics Malaysia survey findings suggest that 1.5 percent of the 41,386 surveyed adults between April 10 and April 24 have stopped working.

Making simplifying assumptions about the representativeness of the survey sample and extrapolating that to the total size of the labour force suggests that about 237,750 workers have become jobless in April. Conservative back-of-the-envelope estimates indicate this would bring the April unemployment rate closer to 5.5 percent, the highest in more than twenty years.

Everywhere you look, economic data trickling in since the start of the MCO suggests that the Malaysian economy is already in the midst of a recession. But perhaps what’s more worrying is that this downturn may prove to be stubbornly long-lasting.

Following the end of the global financial crisis in 2009, the rapid recovery of the Malaysian economy was driven by a sharp recovery in oil and electronics exports amid robust demand from a fast-growing China, along with a surge in foreign investment. This time around, the recent slump in global energy prices and muted demand for the world’s major economies make a similar “V-shaped” recovery far less likely.

Moreover, while the impacts of previous economic crises were mostly on the demand-side, the Covid-19 pandemic has already caused severe global supply shocks. Until a vaccine is available, the global economy will have to run below full capacity.

Persistent safety concerns and social distancing requirements will restrain global production, and service-sector businesses in food, retail, and tourism will continue to be severely impacted even after movement restrictions are lifted.

Besides, international experience suggests that even when case numbers are deemed to be under control and the economy is reopened, there can often still be sudden waves of new infection requiring sporadic business closures.

Yet, economic policy can still play an important role. Truly, despite numerous shortfalls, the three stimulus packages announced since the beginning of the year have done a lot of good. But more needs to be done, especially if incoming data over the next few weeks show that the Malaysian economy continues to deteriorate.

First, we need to continue to strengthen social protection. Expanding cash transfers (BPN/BSH) and unemployment insurance (EIS) will directly help to reduce the severity of the crisis on millions of households and workers. Making the rakyat the centre of the economic recovery, and avoiding the misstep of narrowly focusing on bailouts for a few large corporates, will make the economic recovery both quicker and more equitable.

For BPN/BSH cash transfer programs, mending existing weaknesses in income targeting, and reducing regulatory costs for beneficiaries by making it easier to apply for and receive benefits, would reduce exclusion errors and increase the effectiveness of the programme.

Similarly, as unemployment continues to rise and economic conditions worsen, there needs to be a temporary extension of EIS Job Search Allowance (JSA) benefits beyond the current six-month maximum period, allowing job seekers more time to seek work before their benefits run out. Additionally, closing gaps in EIS coverage by expanding JSA benefits to cover self-employed/independent contract workers would also help with limiting the damaging impacts of unemployment on Malaysian workers.

A more ambitious expansion of infrastructure spending, at least double the current RM4 billion allocation, will have long-term economic benefits, particularly if focused on lesser-developed regions of the country.

Past experience shows that infrastructure spending financed by higher deficits increases long-term productivity and economic growth, especially if undertaken during a recession. After all, economic downturns make perfect opportunities to invest in future growth—interest rates are generally lower and expenditure multipliers are typically larger.

Third, in view of the severity of the Covid-19 crisis, it would be beneficial to convene a special parliamentary session. The required increase in government spending and expansion of various programmes to cushion the blow from Covid-19 would mean that the government will eventually need to contend with difficult fiscal-related issues, many of which can only be resolved in Parliament.

These are issues such as raising the statutory debt ceiling (set at 55 percent of GDP), circumventing fiscal rules regarding restrictions on using government borrowing to fund operating expenditure, and amending legislation to allow the expansion of certain assistance programs (such as the EIS Act 2017).

Passing a comprehensive emergency bill that temporarily loosens some of these restrictions until economic conditions improve will give the government the requisite flexibility to act decisively. After all, relying on off-budget measures and contributions from government-linked companies can only get us so far.

If the government is doing the right things, debt ratios will likely need to exceed the 55 percent statutory limit, and that borrowing will need to be used to fund operating expenditure - at least temporarily.

As deficits and debts rise, long overdue budgetary reforms will become increasingly important. In the longer-term, this would mean making tough decisions on new taxes and even tougher decisions on trimming unproductive expenditure.

Certainly, the economic and political costs of action will be immense. But in a global recession, so is inaction.

CALVIN CHENG is an Analyst in the Economics, Trade & Regional Integration program at the Institute of Strategic & International Studies (Isis) Malaysia. He tweets economics and more at @calvinchengkw and can be reached at [email protected]

Agong wants gov't to find ways to assist Covid-19-hit companies, businesses
18 May 2020
Job creation must be priority in economic recovery plan
17 May 2020
Fuel prices down but no one wants to sell goods cheaper - Ismail
16 May 2020
Unemployment rate may go up to 5.5 pct this year, says chief statistician
14 May 2020