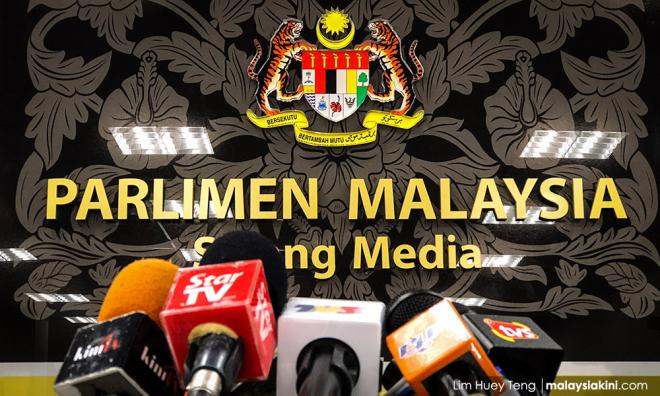 “The only politician ever to have entered parliament with honourable intentions, was Guy Fawkes.”

COMMENT | I keep hearing from people of how this backdoor government is hijacking Parliament or how Parliament has somehow become some sort of totem for democracy in this country. I really do not get this.

When Pakatan Harapan was in power, its MPs had a very lackadaisical attitude towards Parliament and their functions as MPs. For the sittings that did happen, there was always a lack of quorum. Press reports of these incidents were met with indifference and most people could not be bothered – certainly not politicians – for justifying their absence from what has suddenly become a sacred duty of those elected into office because of the palace coup by Prime Minister Muhyiddin Yassin.

In November of last year after the Dewan Rakyat failed to make its quorum for a second time, then prime minister Dr Mahathir Mohamad (and Harapan chairperson) said that he would speak to lawmakers and remind them to attend Parliament and represent the interests of their constituents.

Mahathir said: “They were very anxious to be candidates for election but after having been elected, they are not behaving as if they are serious about serving the people.”

When the debate of Budget 2020 was halted, then minister in the Prime Minister’s Department Liew Vui Keong sent out a circular and made public statements where he reminded political operatives that attendance should be "improved".

Of course, this being Harapan and all the subterfuge going on, the then prime minister had to remind everyone if they had an issue with him, they should confront him openly and not use their absence from Parliament as some sort of message.

“There are many other ways to express their views. If they don't like me, they can say so openly. I am subject to criticism... if you are a leader, you are expected to be criticised,” he said.

So much so that of all people, out in the cold then opposition leader Ismail Sabri Yaakob (now senior minister) said...

MP SPEAKS | How long will Parliament be hijacked?
25 May 2020
COMMENT | Restoring Harapan?
23 May 2020
Mahathir and four MPs sat on independent bench in Parliament, says Marzuki
21 May 2020
YOURSAY | PN gov’t – constitutionally legitimate but democratically illegitimate
21 May 2020