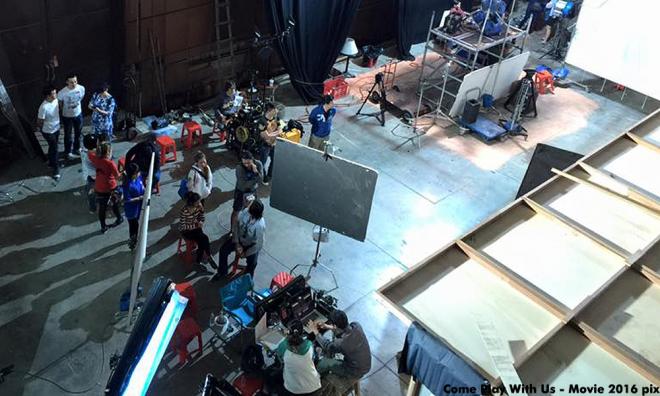 COMMENT | When cameras start rolling, what is there to film?

COMMENT | Movie and television productions will be allowed to roll cameras next week.

Senior Minister Ismail Sabri Yaakob reminds us the obvious: “Social distancing and self-hygiene should be practised at all times.”

Okay, to shoot what?

That question is prompted by the situation in Thailand, where filming has resumed.

There is the expected screening of cast and crew for their temperature. No more than 50 production people are to be on set, all masked.

Here’s the rub: There are to be no love scenes, fight scenes and any other acts involving the cast in close proximity with each other. Actors must be at least one metre apart.

If we were to adopt the same guidelines, there would go a large part of the Malay film industry with no love scenes in exotic locations.

Back to a retro style of coy flirting across a halal physical gap, awkward initial conversation warming to easy chat, quick glances sideways, eyelashes aflutter. Not sure how it will sell to the millenials when they can stream American series and BBC period dramas that have "fleshy" scenes.

No fight scenes? There go a few potential box office hits. We will just have to shoot and blow them up...

Saifuddin assures creative industry will be taken care of
1 Jun 2020
Lack of experience not an issue for new Finas chief
27 May 2020
First M'sian TV show in Australia to air on Monday
24 May 2020
Filming, wedding photography, interstate travel for solemnisation allowed
2 Jun 2020