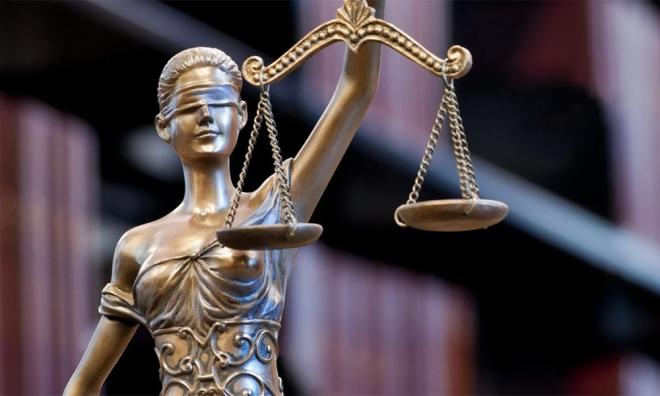 COMMENT | What I went through for justice after being abducted, raped

COMMENT | My name is Rosheen and I am a rape survivor. I spent six years in the system trying to get justice. This is how that went.

I made a police report at the Subang Jaya police station. I was shaking and sobbing so hard I could not write, so my best friend wrote my report. She was understandably upset and her handwriting was shaky. The officer made her write out the report six times.

This ate into crucial time that was needed to take DNA evidence. About three hours later a police car arrived to take me and my boyfriend to the Klang Hospital. My rape kit samples were taken by two female nurses, one female doctor, and a male nurse.

They were very professional, but a male nurse should not have been there. He was only scraping under my fingernails for DNA but it was traumatic to be even touched by a man immediately after what had happened.

I was then brought to the Klang police station and had to make a second police report. Then the special victims unit officer arrived and I made a third, very detailed report. She was kind, patient, supportive, and understanding. Based on the license plate number, they caught five men. I had to identify them.

There were no numbers or one-way mirrors. Only a line of 20-25 men brought in from their lockup. I was not allowed to point at them. I was told that I had to walk up to them, hold their shoulder, and tell the officer what role they played. I identified all four.

I went through with it because I had the privilege of my upbringing; my father had worked on projects to build women's shelters, my mother and I had both volunteered with women’s groups. I knew what happened to me was not my fault. I knew how to get justice. Most do not.

The next day, I was asked to return to the Subang Jaya police station. They were handling the abduction and robbery charges. The investigating officer (IO) asked my boyfriend to leave the room so he could speak to me alone. It was weird, but we assumed it was a normal procedure. It was not.

He asked about our phones which were stolen, found and now part of evidence; they were a Nokia 3210 and a Nokia 3310. The IO said they were "cheap" and showed me his phone. A Nokia 7610, with 'corners'. The IO said: “You should have a rich boyfriend who can buy you one of these.”

Then the IO showed me his gun and said, “You should have a boyfriend who can defend you.” I was afraid. I felt like I was in danger. I did not want to jeopardise my case.

The IO called my older brother and asked for permission to date me. My brother told him: "She has a boyfriend and she can date whoever she wants to.” After the IO ended the call, he told me: "Choose a better boyfriend next time.”

The fourth time, the deputy public prosecutor (DPP) was reassigned. When I called the DPP, he sounded terrified. He said sorry and ended the call. For the fifth day in court, I contacted a women’s group and asked for a watching brief lawyer. I was assigned one and the case went to trial.

My watching brief lawyer asked the right questions. She gave me all the information she had. I had never been so well-informed about my own case before that.

In the courtroom, the defence counsel asked me horrible violating questions designed to upset me. The DPP, my watching brief lawyer, and the judge called him out.

We, the prosecution, won the case. They were sentenced to 16 years. This was 2010. I don't know what the system is like now. I highly doubt anything has changed.

I received social and legal support from a women’s group throughout. They will be there for me if I want to report the IO. I haven’t because my emotional and mental health could only handle one case at a time.

There were failures in three of our institutions over those six years.

The police should not be forcing victims to relive their trauma multiple times (with the three statements I had to make and the horrifying way I had to identify the perpetrators) and they most certainly should not be sexually harassing people.

The hospital should not have had a male nurse interacting with a female victim of rape or sexual assault.

The court system should have kept me informed and not repeatedly delay justice.

Any of these incidents could cause a person to retract their report to avoid the immense trauma they brought. This is the system we live under. These institutions are interlinked and if even one fails, justice is not served.

This is why so many cases do not get reported, the report is retracted, they never make it to the court or they pull the case.

Yet, despite everything, we won. The special victims unit officer, the deputy public prosecutor, the judge who ruled, my watching brief lawyer: they are all women.

I’m not writing this to scare people to not report. It is to show a successful case despite the adversities.

This is to show you that our systems and institutions are flawed, and we must change them.

This is to show you that police are not always there to protect you, and we must rectify that.

This is to show you that the trauma does not end with the incident. Our systems are broken. Our society is broken. We have to be better. We must.

ROSHEEN FATIMA is an arts practitioner.

(Editor’s Note: When contacted, Bukit Aman’s Integrity and Standards Compliance Department director Zamri Yahya said police are prepared to investigate the officer who sexually harassed the writer at Subang Jaya police station if a report is lodged, while Subang Jaya district police are seeking more details about her case. The writer has provided her contact details to the police for further action.)

If you or someone you know is a survivor of sexual violence, below is a list of NGOs who can help with counselling, legal aid or other assistance required:

COMMENT | Time to implement online reforms to eliminate sexual harassment
27 May 2020
Penang exco wants authorities to take violence against women seriously
26 May 2020
COMMENT | What does it take to get justice in Malaysia?
21 May 2020
Inspector charged with raping, outraging modesty of two Mongolian women during MCO
30 Apr 2020