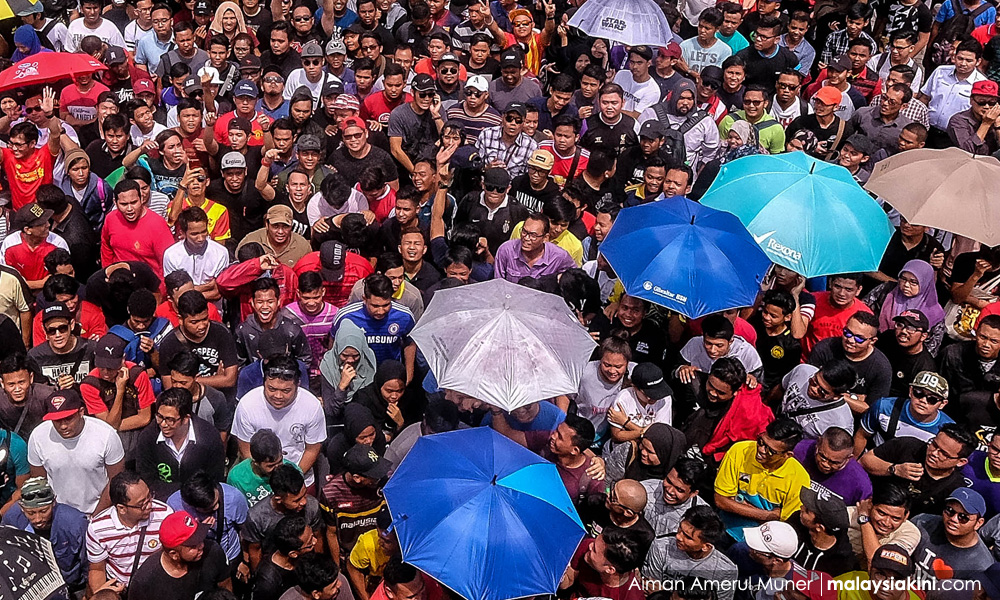 COMMENT | Election-winning rule No 1: Get the Malays on your side

COMMENT | What if Dr Mahathir Mohamad is right? It could be true that for a coalition to win a general election, the most crucial element is to win the Malay vote. Logically, this ethnic group, which is the majority, makes up around 51 percent of Malaysia’s population.

But, if you check with the Department of Statistics, you wouldn’t find immediate information about the Malay population because the common category is "bumiputera" which has in it the various indigenous ethnic groups. And they have stated the total as 62 percent.

It’s interesting to see that throughout the years, their percentage has dropped quite a bit. In the first few decades when I was growing up, the census used to show that the Malays made up around 60 percent of the population.

It’s either they are becoming less productive or the other races are upping their "production line" efficiency in order to catch up. This could be a good strategy to create more balance and ethnic equality in a country’s demographics (better than education and awareness, I guess!).

Anyway, I digress. Population and demographics can be held off for another instalment of my column. Today, I particularly want to talk a little bit about politics. Mainly, it is because I found the ...

politics
general election
Related Reports
PN must tackle three issues to avoid calling for polls - Umno Youth
a month ago
Dr M foretells doom for 'traitors', resurrection of 'cash is king' in GE15
a month ago
Khalid: We brokered peace between Dr M and Anwar before, hope to do it again
a month ago
PM issue - we mustn't fall into the same hole again, says PKR sec-gen
a month ago