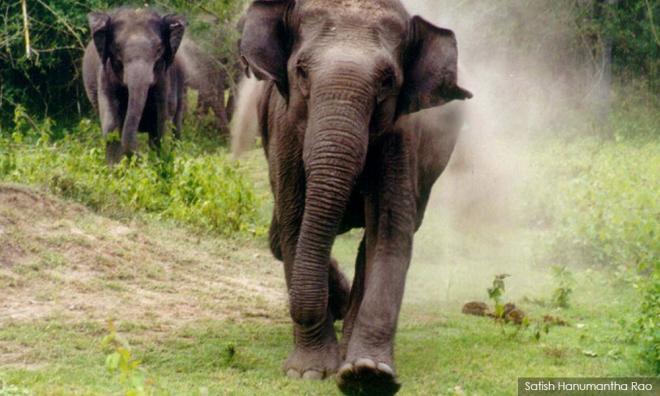 COMMENT | The silly season in Malaysian politics continues - is there any other kind of season?

First, the butting of heads between Dr Mahathir Mohamad and Anwar Ibrahim reached an impasse, with neither giving ground, for all the heave and huff, push and shove.

It is like the Malaysian folk-tale – two bull elephants, trumpeting their right to lead the herd, locking tusks and heads, while the mousedeer (Random thought: why isn’t the plural of “mousedeer” “micedeer”?) and all other creatures of the jungle flee to avoid being trampled in the tussle.

With a deadlock, what did the old bull, Dr Mahathir do? He retreated and nominated a pygmy elephant from Sabah to lead the herd. He also trotted out his hoary paranoia that the Chinese controlled all the towns in the country.

He evoked a vision of a few poor Malay GLC chairpersons and directors, who sit isolated and besieged in their penthouse boardrooms...