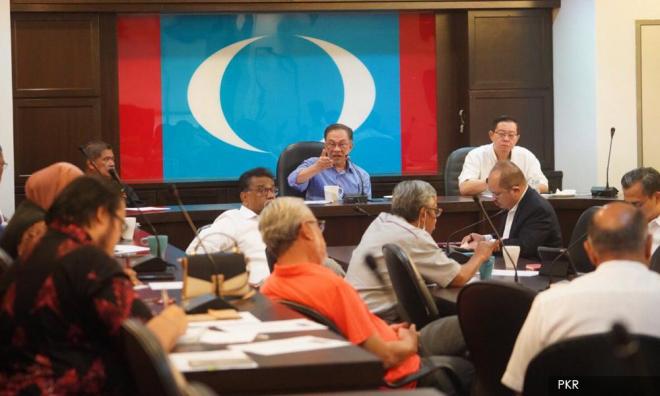 COMMENT | So, Pakatan Harapan has now reverted to its original stand and that is where it should be - Anwar Ibrahim as the coalition’s candidate for prime minister.

To Harapan supporters and sympathisers, it’s a relief that the merry-go-round over the choice of the coalition’s PM candidate has finally come to a halt.

I am also pleased with the decision of the Harapan presidential council meeting on July 6 because that was a commitment to the GE14 mandate - Dr Mahathir Mohamad was to be interim PM for two years and Anwar would take over after that.

Let me repeat. That was the mandate from the majority of Malaysians who voted for Harapan and I expect that to be fulfilled. It does not matter whether we love or loathe Mahathir or Anwar.

I am also glad that the council has given Anwar a full mandate to continue discussions with all parties in the best interest of the coalition.

Anwar is now the undisputed leader of Harapan; that mandate of leadership was necessary to allow the coalition to move forward as one. No more tussle between Mahathir and Anwar as to who is the real boss. That is over.

Here’s a personal message to the Harapan boss: Anwar, the real test...

politics
pakatan harapan
prime minister candidate
anwar ibrahim
mukhriz mahathir
darell leiking
Related Reports
Shafie: I believe I am a solution to PM impasse, but Harapan indecisive
a month ago
YOURSAY | ‘With Anwar as official Harapan head, time to prepare for GE15’
a month ago
Harapan commits to earlier decision of Anwar as PM candidate
a month ago
'Shafie as PM' option should be open despite support for Anwar - Sabah DAP
a month ago