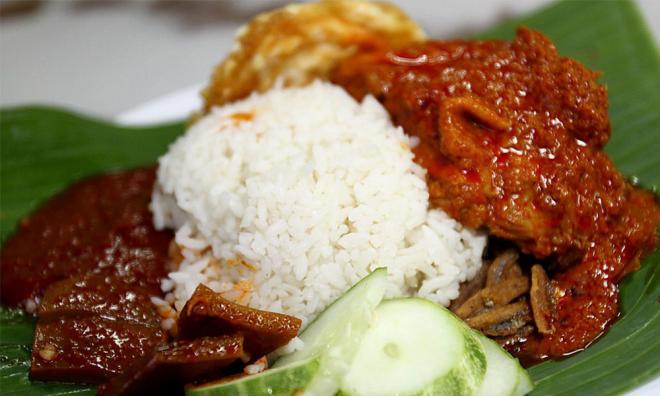 COMMENT | More than just nasi lemak and teh tarik

COMMENT | Malaysia is full of non-Malay parents who complain about how the government has been very oppressive with the New Economic Policy (NEP). As a result, they made it their life's mission to send their kids overseas and told them not to return to this racist country.

But in the process of doing so, many of them (not all) robbed their kids of not only the joy of childhood but also the experience of living and growing up in Malaysia.

Worse still, they grow up despising anything they see around them that does not "measure up" to the Western standards they have read so much about from their books. They know more facts about the states in America than any well-read New Yorker.

And yet they know nothing about the states of Malaysia other than the one they live in. Or maybe just their home district within their home state. All they know about Malaysia is nasi lemak, teh tarik, and maybe kuih lapis.

And when they finally get to live abroad, they realise that so many things there are so familiar - just like what they read in books or watched on TV. But eventually, as time goes by, they begin to discover that no matter how familiar the Western world may seem to them, they somehow do not fit in. They somehow feel like aliens to the people they heard so much about.

They may think they are more Westernised than the new Chinese migrants who speak broken English but to the Westerners, both Johnny Teoh (from KL) and Johnny Zhang (Beijing) are the same because they look the same.

Banana or not banana, the westerner can't tell if you are white or not on the inside. Maybe when you open your mouth, then they can tell the difference. But as long as you don't speak in English, the only difference between these two Johnnies is the spelling of their names.

This unfortunate consequence was caused by their parents, not them. In trying to give their children more options by equipping them with Western education in Malaysia, parents have inadvertently robbed their kids of a culturally rich experience growing up in a multi-racial country.

Worse still, they harbour a very unhealthy aloofness, ignorance, and even hatred against people from races other than their own.

They also look down on members of their own race by prohibiting their kids from playing with their "not-so-educated" neighbours. To them, that means people who can't speak proper English. It does not matter if you can speak perfect Beijing Mandarin, Maharaja's Telugu, or classic Vedic Sanskrit. No English means "not educated"!

This is so wrong.

The saddest part of the story is this. Their children end up as strangers in their home country and later as unwelcome guests in their adopted countries in the West which they thought they could just fit in like fish in water. It's still water but highly toxic. Too much fluoride and chlorine in it.

In giving your children an "advantage" of good English, don't rob them of the opportunity to learn other Malaysian languages well, such as Malay, Mandarin, Cantonese (and other dialects), Tamil, Punjabi, Hindi, and whatever languages your children will naturally pick up in the process of growing up in Malaysia. Only then, you can pride yourself in genuinely giving your children more options.

Equipping children with the Queen's BBC English at the expense of other languages and cultures that are readily accessible in Malaysia is not giving them more options nor more freedom. You are merely replacing the ultra Malay oppression with an equally ultra Anglo-Saxon form of oppression.

In truth, the oppressors are not those of other races but those in the government and the people who wrote and implemented oppressive policies - regardless of what race they may belong to.

Those politicians and policy-makers oppress under-privileged non-Malays as much as they oppress under-privileged Malays. I know it's hard to agree with me on this, but trust me. If you are Chinese Malaysian, you only know how you're being oppressed as a Chinese Malaysian but you cannot know enough how other races are being oppressed, including the Malays.

Do all those kiasu parents out there get what I'm saying? If you know one, just explain to them. No need to share this post. They won't agree with me anyway. Nor do I need their approval. But they will be doing their children a big favour, if only they would consider looking at things from their children's point of view.

More importantly, it is experiencing what being Malaysian truly feels like, in your heart, gut, and soul!

KEN SOONG is a Malaysian living in Australia since 2004.