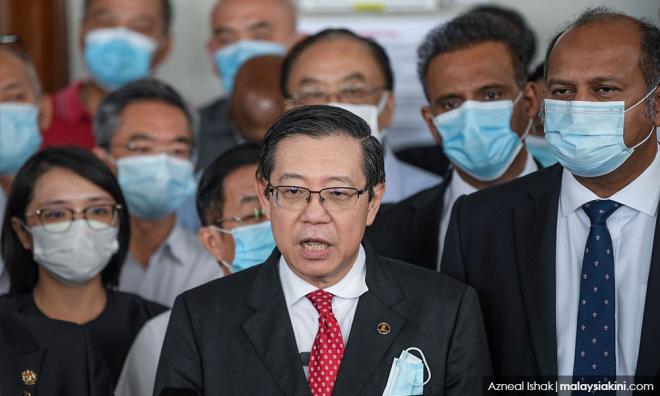 COMMENT | The issue had been smouldering for weeks and then it caught fire as the rumours swirled about the imminent arrest of former finance minister, former Penang chief minister and DAP supremo Lim Guan Eng.

The public waited with bated breath for the charges to be read out this morning after Lim was arrested by the MACC last night and detained overnight over alleged corruption involving the controversial RM6.3 billion Penang undersea tunnel project associated with the equally if not more controversial RM46 billion Penang Transport Master Plan project.

But it was an anti-climax when the charge against Lim was laid out before Kuala Lumpur Sessions Court judge Azura Alwi, not least because no figures were given beyond a 10 percent share of profit which appears to be verbally agreed.

The charge read as follows: "That you, on March 2011, at a location near the Gardens Hotel, Syed Putra Circle, Mid Valley City, in the Federal Territory of Kuala Lumpur, during your tenure as chief minister of Penang, have solicited a bribe, namely a reward in the form of 10 percent of the profits that will be obtained later from Zarul Ahmad Bin Mohd Zulkifli, as a fee to help the company owned by Zarul Ahmad to be appointed to carry out construction of the main roads and tunnels in the Penang undersea tunnel project.

"Any person who commits an offence under Section 16 of the MACC Act 2009 may upon conviction be subject to - a) imprisonment for a term not exceeding 20 years and b) fined not less than five times the amount or value of the bribe which is the subject of the offence if the bribe can be assessed in the form of money or RM10,000 as the case may be."

The important point to note about the charge is that the ...