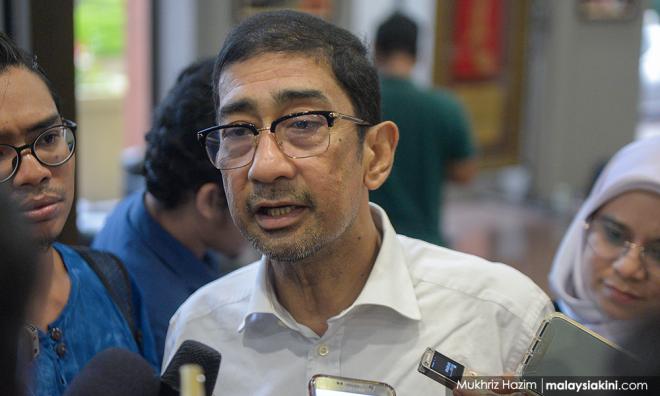 COMMENT | How can our deputy minister of communications be spreading fake news?

COMMENT | What is defamation? Defamation is a term for when one individual tries to ruin the reputation of another by making false statements. This can be broken down into two categories - libel, which is doing so by the printed word, and slander, which is by uttering words.

In Malaysia, this can be both a civil and criminal offence under the Defamation Act 1957. Anyone can come under the purview of this act. Individuals can be found guilty and so can news organisations. It’s good because it ensures that people don’t lie for their own personal gain.

Yesterday, deputy communications and multimedia minister Zahidi Zainul Abidin (above) accused Veveonah Mosibin, a Universiti Malaysia Sabah student, of lying about having to climb a tree in order to take an online exam. He did so in the Dewan Negara (Senate).

If you remember, Veveonah Mosibin posted a video on her YouTube channel where she built a treehouse in her village because the Internet access where she lives is almost non-existent. She was forced to do so because it was during the movement control order (MCO) and her university was doing online exams.

The video went viral. Good things came out of it. Aside from Veveonah becoming famous, the Malaysian Communications and Multimedia Commission (MCMC) announced they would build a telecommunications tower near her village and UMS offered her a scholarship.

Everything seemed to have turned out great. Until ...