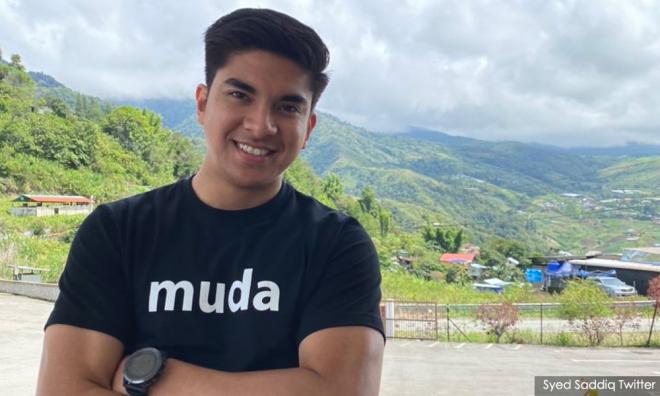 QUESTION TIME | Malaysians are looking for change given the abysmal political leadership now, but are they making a mistake by embracing Syed Saddiq Syed Abdul Rahman to their bosoms a bit too early?

Do not forget that our collective feel-good bearhug for Dr Mahathir Mohamad as the leader of change and reform despite his horrendous past record, justifying the end with the means, and what it led to. The means thwarted the end which could have transpired if Pakatan Harapan had simply stuck to the straight and narrow.

With his boyish good looks, eloquence, ability to think on his feet, and his savvy media presence and positioning, Syed Saddiq’s proposal to form a party for youth and youthful aspirations has fired the imagination of many justifiably tired of the old ones. But is it genuine and doable or is it another one of his moves to focus the spotlight on himself and to become at least a kingmaker in this current volatile political environment where no single party can obtain a majority?

So before we give a warm welcome to Syed Saddiq, let us look at his track record and see what he has done and achieved so far, his stand on various issues, and some of his behaviour which is relevant and concerning to what we are looking for - an honest, capable, competent and experienced leader.

Right now, he is forming a multi-racial youth-based party, not quite severing links with Mahathir but distancing himself from Mahathir’s Malay-only Pejuang which he was part of. By his own admission, his relationship with Mahathir is excellent but he now feels that we need a party for all Malaysians.

"I have great respect for (Mahathir). As someone young, with hope and highly idealistic, I firmly believe that diversity in Malaysia is our strength. While he talks about splitting the Malay votes, we (on the other hand) have to unite all Malaysians."

If that was how he felt, then why did he join Bersatu earlier and Pejuang after that? If Mahathir was still prime minister and he was still youth minister, would he be forming this multi-racial youth party...