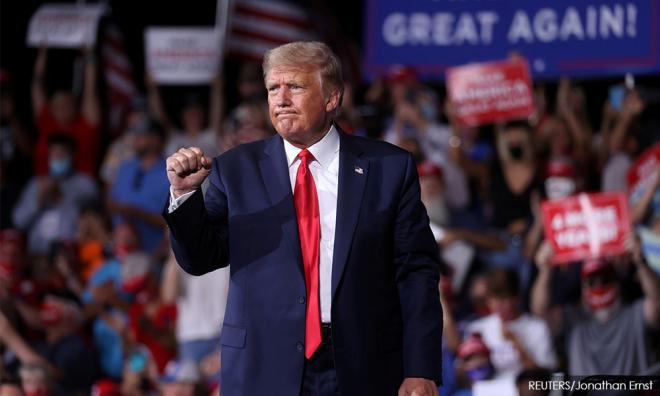 COMMENT | Anyone who reads my column understands that I rarely talk about US or international politics because there is more than enough going on here, which we can do something about, instead of engaging in the horse manure US culture war that some Malaysians idiotically subscribe to.

When it was reported that US President Donald Trump tested positive for Covid-19, my inbox was flooded with emails and texts that had a lot of faux sympathies. I have no idea why some folks – especially non-US citizens – have this need to show any kind of sympathy for this particular American president.

Twitter has banned tweets wishing for the president's death, but of course, it did not extend the same courtesy to political operatives who were hounded and threatened with death and rape by the president’s rabid followers after one of his numerous, often racist, attacks on them.

The GOP (Republican Party) has been addled by Trumpism and the president has only himself and his sycophants to blame for how this has infected the American polity and the inner circle of presidential power.

As someone who has had contact with various GOP and Democratic administrations over the decades, I have not witnessed the intentional sabotage of institutions as what Trump has done aided by...