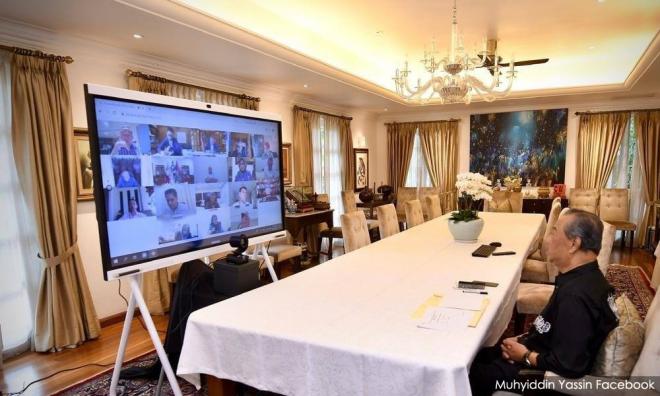 The Steering Committee of Bersih 2.0

COMMENT | The Coalition for Clean and Fair Elections (Bersih 2.0) urges Prime Minister Muhyiddin Yassin to reach out to parliamentary opposition leader Anwar Ibrahim and Pakatan Harapan as the official opposition for a Confidence and Supply Agreement (CSA). His alternative option is resignation in the event of budget defeat, not an emergency which is self-coup.

The full position of Bersih 2.0 is as follows:

• The proposed proclamation of emergency is an open admission that the prime minister has no confidence that his budget will be supported by all 113 government MPs despite Umno’s pledge to support the government. Federal Territories Minister Annuar Musa’s open question on what law if not an emergency can prevent elections confirms this fatalist sentiment is prevalent in the cabinet since the emergency proposal is approved by the cabinet.

• An emergency proclamation is a self-coup to subvert parliamentary democracy...

MMA: No need for national emergency, but Sabah desperately needs aid
25 Oct 2020
MP SPEAKS | Why did PM hold emergency meeting like thief in the night?
25 Oct 2020
COMMENT | We can pass Budget 2021 without emergency rule
24 Oct 2020
Agong to discuss cabinet's suggestions with other rulers, calls for calm
24 Oct 2020