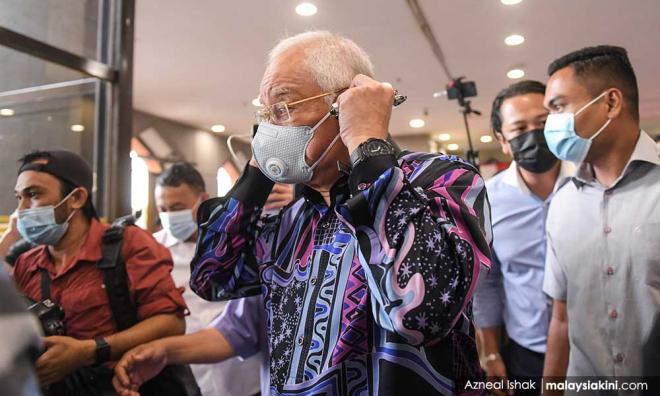 He has made a wise decision and averted a mega-disaster for the nation. It reminds me of King Solomon, who was regarded as the wisest man on earth.

A poignant story of his wisdom, known as the Judgment of Solomon, was recorded for posterity in 1 Kings 3:16-28 in the Bible, and it has a moral lesson for the country's divisive, warring politicians.

Two harlots who shared the same house and had given birth came to King Solomon for judgment. In the night one baby had been accidentally smothered. The first woman related how his son was swapped with the dead baby while she slept.

King Solomon, after their presentations, ordered that the live baby be cut by a sword into halves and one half be given to each woman. The first woman was shocked. She asked that her son be given to the other woman who had agreed to Solomon's suggestion.

It was evident to Solomon who the real mother of the child was, so he gave him to the first woman. His wisdom, which he had asked from God, was known throughout the land.

Governance is not for those like the evil woman, who would rather destroy than save. There are politicians who would rather cut up their country or steal from it and see it destroyed than work for the people's welfare.

The politicisation of government, the failure to demarcate where politics ends and public duty begins, once a political party has won office, is why Malaysia has been hamstrung in not becoming a nation ruled by law, justly enforced.

Those politicians insult their King and country when they don't run a good government but a racket like 1MDB. Instead, they ride it like their own horse, going their own merry way in total disregard of the oaths of office they had made.

The systemic failure of governance where the government has been corrupted and, for example, the New Economic Policy (NEP) 'bastardised' with no accountability, is like a vicious cycle.

It is time to build in the system a circuit breaker. Fortunately, the King has been the circuit-breaker in the recent 'emergency' saga. He short-circuited the plan to hijack the country's democracy. He redeemed the image of royalty as a check and balance against the unconstitutional politicians.

Prime Minister Muhyiddin Yasin by moving for 'emergency' rule was akin to the desperate harlot who was ready to have the baby put to death. Muhyiddin was ready to kill the country's democracy. But Malaysia's own wise 'Solomon' saved the day.

Malaysia suffers from sickness more dangerous than Covid-19. It is the mistaken belief that a political party owns the government.

The pervasive idea that BN, after having been in government for 60 years, is the same as the government is dangerous. Spice the audacious idea with the ingredients of race and religion and one ends up with a poisoned chalice.

For too long, the nation has drunk from the poisoned chalice of a corrupt government run by self-vested politicians who perpetuate their power through the manipulation of race and religion through a network built on patronage, money-politics, cronyism, entitlement and immunity.

Many blame former prime minister Dr Mahathir Mohamad, largely for this dark legacy. True or false, the people can judge for themselves. A history that is based on documentary evidence won't lie even if school textbooks contain creative political history.

There is much talk of a unity government, but as wisdom dictates, how can two people walk together unless they agree?

Consensus is never possible when evil ambition stands in the way. Thus, self-preservation tends to prevail and politicians who only know how to enrich themselves won't know the meaning of sacrifice.

When have self-enriching people prioritised working together and sacrificing for the common good? Rarely. There are, however, decent politicians in government, but they need to stand up for their nation now.

The political crisis is not undergirded by ideology, certainly not race or religion, for the warring warlords. After all, most of them are of the same race and religion. And they have the Umno DNA. The Chinese bogeyman died a long time ago but is still evoked to haunt the Malays.

A former classmate shared a pertinent African proverb recently. It read: "The sheep will spend its entire life fearing the wolf, only to be eaten by the shepherd."

The political stoush is about control of the government and its huge resources, access to government projects, et cetera. They do not prioritise what the people want - clean, efficient and trustworthy governance - because it is not what they can deliver.

A unity government requires leaders of integrity who think of national interest. Who and where are they?

They may not be perfect but must produce to perfection, inspiring and leading by example. Does Malaysia have such leaders? I am sure there are many who fit the bill, but the system works against them. They can't wait to be invited, but must be proactive and rise to the hour.

The saying 'two are better than one' makes sense in the present political imbroglio. Why not have two prime ministers and no deputy? Even three may be better still. Shrink the cabinet size to what's needed. After all, the ministers are under-employed with the Corvid-19 pandemic.

Muhyiddin is in a hard place, and if he is wise, he will cut his political loss and pave the way for someone like Anwar Ibrahim to lead a unity government with honest politicians, honest civil activists and honest known talents.

Others may have someone else in mind. It is a matter of negotiation, healthy compromise and deciding what is best for the people. But spare the nation the usual humbuggery.

A unifying activity is a business. The common history of Malaya, Sarawak and Sabah was about trade. It is the common language everyone understands. The government has to focus on unleashing the latent combined entrepreneurial zest of the people. It worked for China. Remove the hindrance of discriminatory policies.

The mechanism of mobilising capable, talented and experienced Malaysians into positions of usefulness will not be easy but surmountable. But there can be no unity without equity. Otherwise, there is no sense of esprit de corps so vital to nationhood.

Anwar has to dig deep, revitalise the reform agenda, inspire others to love one another by helping the poor and rebuild a nation under siege from within.

All hard work brings a profit, but mere talk only leads to poverty.