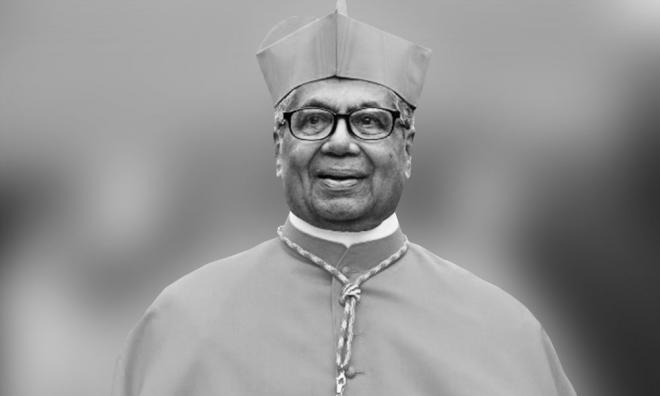 COMMENT | Cardinal Fernandez will long be remembered for subtle defiance

COMMENT | Anthony Soter Cardinal Fernandez, Malaysian Catholicism's first Prince of the Church (a term reserved exclusively for cardinals) died in Kuala Lumpur yesterday at the age of 88, following a bout of cancer.

Fernandez will long be remembered for his understated defiance of the secular powers that be, who in the form of the Special Branch, descended on the Archbishop of Kuala Lumpur's residence in Bukit Nanas in late October 1987 to detain La Salle Brother Anthony Rogers under the Internal Security Act (ISA).

Rogers was among more than a hundred politicians and social activists who were pulled into the ISA dragnet, codenamed Operation Lalang, ostensibly for activities the Special Branch deemed prejudicial to national security.

Racial tensions were rising in the Malaysian capital, stemming from a narrow victory for incumbent Prime Minister Dr Mahathir Mohamad in the Umno party elections earlier in 1987 and ratcheted up by an Education Ministry decision to place non-Mandarin speaking administrators in Chinese schools.

The political atmosphere was febrile, and the ISA arrests were seen as the government's response of putting a lid on the situation before it reached a boil.

Till today, the suspicion lingers that the situation was deliberately engineered to justify putting away, albeit temporarily, people who would call attention to the precarious support for Mahathir within Umno.

The ISA operation under the auspices of the Home Ministry, which was also held by the PM, has come to be regarded as one of the darkest chapters in the history of post-independence Malaysia.

At the time of his arrest, Brother Rogers was head of the Office of Human Development of the archdiocese, housed on the premises of the Kuala Lumpur prelate's residence.

The term 'office of human development' was a grandiloquent substitute for its earlier description, Justice and Peace Commission.

Regimes as dictatorial as Fidel Castro's Cuba and as authoritarian as Singapore's Lee Kuan Yew would not abide the idea that their governments could be criticised by the local church for being insufficiently for justice from which, Catholic social doctrine taught, flowed peace.

Hence the term 'office of human development', a euphemism to placate oligarchic tempers, was preferred as a description of a church ministry to deal with issues of social justice.

Thus, when the arresting Special Branch officers came to detain Brother Rogers, they told a puzzled Archbishop that his church was harbouring “Marxists”. Fernandez, schooled in Christian ideology that regards Marxism as anathema, replied dismissively: “You do your work and we'll do ours.”

It was an echo of the Christian recognition of the separate - and immiscible - realms of Caesar and Christ, the temporal and the spiritual.

That recognition and the admonition to “beware of princes of this world” (biblical nomenclature for 'secular powers that be') coloured Fernandez's outlook on dealings with the government.

He politely declined the honorifics, Datuk and Tan Sri, that are normally awarded to the holder of the office of Catholic Archbishop of Kuala Lumpur, which he held from 1983 to 2003, telling those who inquired that the titles were not really helping in the performance of his spiritual roles.

In private, he showed he was leery of officially expressed intentions of government goodwill towards the church.

Despite this scepticism, Fernandez was highly supportive of interfaith dialogue and initiatives, moves that would not be able to achieve its salutary ends sans government support and understanding.

It was under Fernandez's prelature that the Catholic Church initiated the effort to form the interfaith body, Malaysian Consultative Congress of Buddhism, Christianity, Hinduism, Sikhism and Taoism, founded in 1984, to defend the right of freedom of religion that is guaranteed by the Federal Constitution.

The body was formed in the face of rising Islamic fundamentalism in the country with the onset of the 1980s, following the Khomeini Revolution in Iran in 1979.

Though not noted for scholarly or theological depth, Fernandez was well appreciated as a pastoral prelate who was aptly described by his predecessor, the late Dominic Vendargon (incidentally, a Tan Sri) who said: “I am known as a builder of churches, Soter is a builder of people.”

There was no better testimony of his people's touch than what he did with the impromptu collection raised at his farewell dinner upon his retirement as Archbishop.

He gave the entire sum to the nine employees, from gardener to secretary, at Cardign House, the prelate's residence.

He must have felt that the Vatican stipend of US$420 (RM1,745) a month to a retired bishop was sufficient for his subsistence.