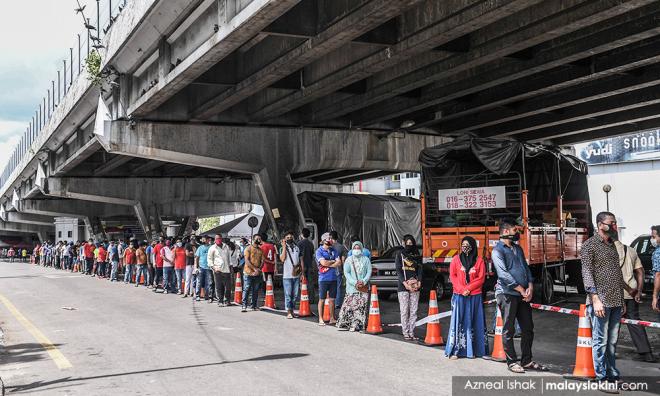 COMMENT | The Singaporean government refused to listen to the NGOs that forewarned them. Rights groups including Transient Workers Count Too had warned about the cramped living conditions. It was a problem the government overlooked as Singapore was then riding high, lauded worldwide as having set the “gold standard” in its response to the pandemic. Looks like Malaysia is falling into the same trap.

Malaysia has 1.99 million foreign workers registered under the Temporary Visiting Work Permit as of Aug 31, 2019. The Immigration Department’s statistics reported that the manufacturing sector employed the highest number of foreign labour (706,502), followed by the construction sector (429,552), plantation sector (268,203), the agricultural sector (150,003), and 130,450 domestic maids (1).

The Malaysian Employers Federation (MEF) executive director said that there could be up to 3.3 million undocumented foreign workers.

The migrant labour market has helped to boost the Malaysian economy which has until recently been severely disrupted by the Covid-19 pandemic. In its bid to reboot the economy, the health and well being of the migrant labour workforce are being challenged due to their vulnerable circumstances.

This includes their poor living conditions, overcrowding, poor ventilation and sanitation, with poor access to health or social welfare services. Apart from negatively ...