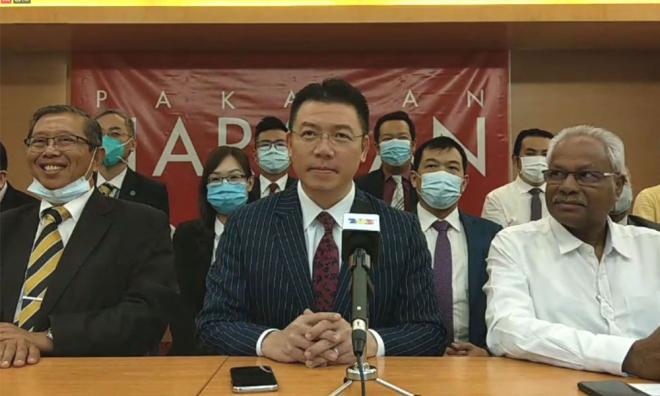 COMMENT | Less than two weeks after Ahmad Faizal Azumu was removed by a vote as menteri besar in Perak, the Pakatan Harapan opposition and Perikatan Nasional (PN) state government - now led by Umno’s Saarani Mohamad - have sealed a deal through a Confidence and Supply Agreement (CSA) that will allow for modest reforms in governance in the state.

If it holds, this deal represents an important shift towards greater partisan cooperation, a move away from the zero-sum polarising politics that have pitted Malaysians against Malaysians and divided the country. This milestone showcases greater pragmatism and a return to the needed focus on reform, in a year where reforms have been brutally battered by power struggles, greed, and blind personal ambition.

The key measures of Perak’s CSA include fair and equal allocation of constituency funds to all representatives, official recognition of the opposition (with funds for administrative support), the inclusion of the opposition in district committees and the state Public Accounts Committee (PAC), and an agreement to maintain funding for vernacular schools.

The measures provide for greater checks and balances in governance by including opposition members in decision-making bodies and strengthening the role of the opposition in the legislature. Importantly, given the ethno-nationalist exclusion of PN of ethnic minorities, this agreement provides venues for greater minority representation as well as protections for funding for minorities in areas such as vernacular schools.

The CSA allows for safe passage of the budget in Perak. A similar less formalised and less inclusive of reform agreement was reached in...

Sick of the system, young Malaysians turn to socialism
17 Dec 2020
Slew of reforms in Perak as Saarani gets unanimous support
16 Dec 2020
Two Bersatu, two PAS members among 5 sworn in as Perak exco
15 Dec 2020
PAS president has audience with Sultan Nazrin
15 Dec 2020
COMMENT | There's no silver lining in our politics
14 Dec 2020