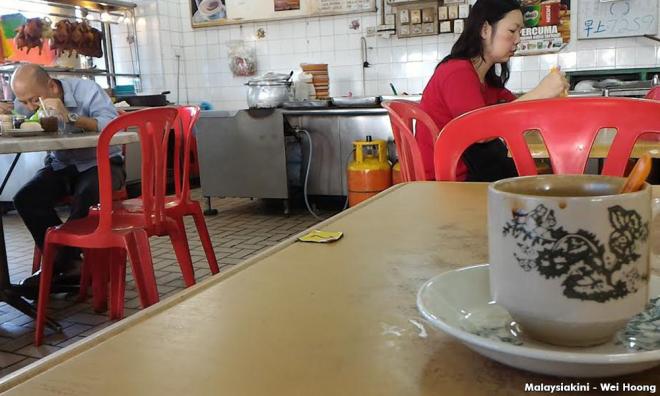 COMMENT | This writer has always maintained that religion is a personal issue. One cannot impose his or her religious values or diktat on others. I also hold the belief that followers of all religions have the same objectives - to be good and to do good.

Race, religion and royalty have always been taboo subjects because they could be misinterpreted by selfish parties without understanding the issues or by twisting the contents of an observation. However, an exception has been made to address a recent incident which has stepped on the rights of individuals and threatens the thin fabric which is unsteadily holding us together.

In the process, the humble kopitiam has been inadvertently drawn into a controversy which cannot be dismissed as a storm in a teacup - the ramifications and implications could be exploited and could lead to a bigger upheaval.

The kopitiam is an institution - the ordinary man’s local. Almost all retain the old-world charm, reflecting the period they emerged, but new kids on the block have surfaced with modern designs and extended menus to cater for the needs of the new breed of young customers...