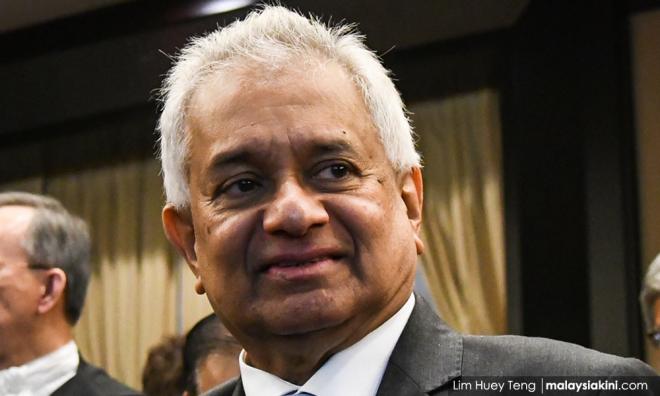 COMMENT | Writing a historical narrative of Malaysia is no easy task. There are many landmines. However, Tommy Thomas has done a remarkable job of telling it as it happened. It is shameful how some of his detractors would devour him with such voracity.

If readers do not agree with anything in his autobiography, they can always write their own book, refute his story of events in letters, articles, reviews, or in a thousand other ways but not try to get the authorities to throw the book at him.

Banning his book and creating a maelstrom of wild accusations to victimise the country's former attorney- general are unnecessary, unfair and undemocratic.

Many believe Thomas' story is true. And it has ruffled feathers. But in a land laden with corruption and abuse of power, even someone who draws cartoons will step on a political landmine let alone a serious expose of questionable conduct in the corridors of power.

Prosecuting the author will result in a repercussion of bad publicity for a country that has yet to account for its litany of public scandals.

Those who are pressuring the government to take action against Thomas are the ones who may be causing disunity and tarnishing the image of their country.

They tell the world they are from a country intolerant of the truth and unable to cope with criticism. They want to control what people write even in their autobiographies.

Those who have nothing to fear have nothing to complain against My Story: Justice in the Wilderness. They ought to understand it is his story, not theirs. And what a story. It is a book every Malaysian and school student should read.

First-hand accounts of what politicians do behind the scenes are rare. What Thomas wrote besides certain situations to which only he is privy and qualified to write on can be corroborated from what is already available on public record.

On Dr Mahathir Mohamad's role in the fall of the Pakatan Harapan government, others have corroborated Thomas' account. Some disagree as with his recollection of the late former prime minister Abdul Razak's ...