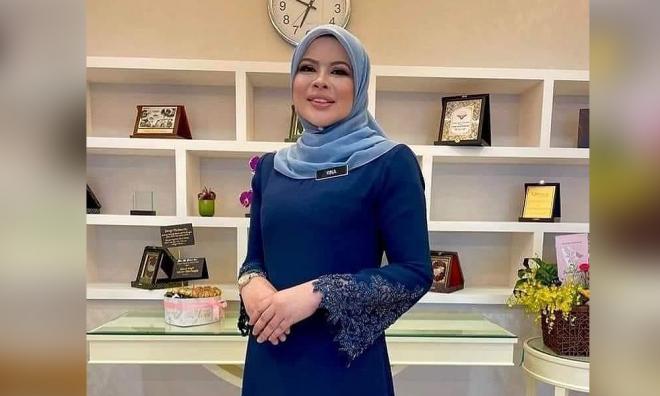 MP SPEAKS | Where is your voice, Rina Harun?

MP SPEAKS | Over the past two months there have been horrifying incidences involving violations against children and women reported in Malaysia.

A 16-year-old girl child raped in a police lockup in Sarawak. A seven-year-old boy abused who died at the hands of his abusers and of late a barrage of sexual harassment incidences involving law enforcement officers preying on female drivers, in this case, the police and also delivery riders.

And over these two months, the Women, Family and Community Development Minister Rina Harun has not come up with a strong statement from her ministry to condemn these critical cases, apart from a friendly reminder to contact Talian Kasih’s 15999 if in need of help.

This is clearly not enough, coming from a minister who holds one of the biggest portfolios in the Malaysian cabinet.

I am not against anyone who wants to be a better version of themselves. But to self-indulge at a time where there is a crying need for leadership, Rina has failed miserably.

Issues concerning her ministry which covers a wide spectrum of the community from taking care of the elderly and disabled, children and women, welfare aid and food baskets and all forms of violence and violations against women and children, it is just baffling if the minister or her deputy have chosen to remain silent and not say anything.

Not a single strong statement on policy changes, collaborating with other agencies or ministries on addressing these three issues I have mentioned here as well on new approaches to be taken by her ministry or a decision by the cabinet has been released by Rina nor by her deputy.

In the December Parliament sitting last year, Rina sarcastically told me that she needs MPs like me to remind her to do her duties as a minister when I asked her about the long-overdue Sexual Harassment Bill and when will it be tabled.

And I am reminding you now, Rina. You are accountable to all Malaysians, and not to me alone.

Malaysians deserve a minister who can be the voice of the voiceless and the voice of a female to set straight policies and guidelines and law under the purview of your ministry.

If only you had invested your position, time, energy and resources to right what was wrong in the system and listened to opposition MPs, civil society, netizens and the public at large, then you will not have been criticised to this extent on your miraculous makeover.

The issue is we need leadership with substance, guts, gumption, intelligence and courage.

But all we have seen of you are these dazzling photoshoots which you look good in but that is all there is to it – nothing else.

Your silence is proof that you either don’t care about what is happening around you or don’t know how to deal with these situations, which in this case, is embarrassing seeing you have been a full minister since 2018 and for your ministry for nearly a year now.

Step up as a minister or you will be forced to step down, Rina.