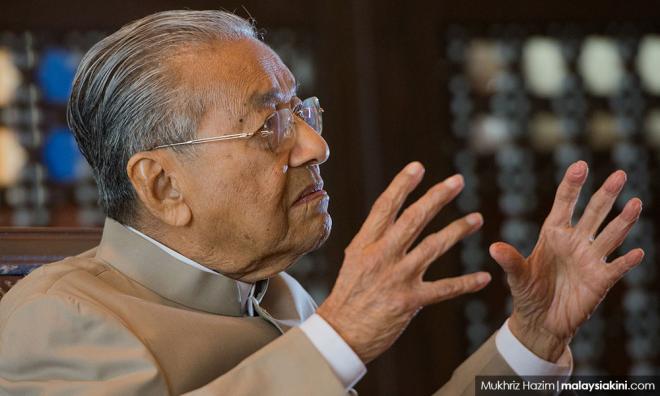 “A prime minister should not have to say ‘I got my legacy from Tun’.”

COMMENT | Amanah strategic director Dzulkefly Ahmad’s public statement that Harapan was willing to offer former prime minister Dr Mahathir Mohamad a mentor minister or senior minister role in the next government if the old maverick wanted to collaborate with Pakatan Harapan in the next polls is the kind of strategy which has landed Harapan in the mess it is in.

First off, the idea of any kind of mentor or senior minister role is the kind of “Asian values” bunkum propagated by aged paternalistic political operatives around Asia who are intellectually and morally bankrupt, who would rather rely on personality politics than substantive policies to further their political agendas.

It is right up there with “guided” democracies which is a shorthand for fascist-leaning racialists and religionists who would rather attempt a pantomime of democracy instead of the hard work of building independent democratic institutions and credible elections.

In 2020, Mahathir, when presented with this option, made his stance clear on the issue. “No, I will not accept it,” he said in an interview with Sin Chew Daily.

Mahathir said that based on his experience, no one would listen to his...