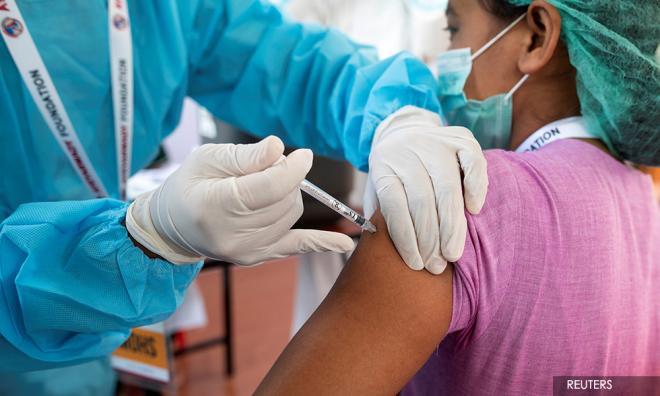 COMMENT | Covid-19 vaccines: In God we trust, all else we audit

COMMENT | The Covid-19 vaccines have been under public scrutiny since the mRNA vaccine from Pfizer-BioNTech was first granted early and limited use by the British Medicines and Healthcare Products Regulatory Agency (MHRA) on Dec 2, 2020.

Nine days later, emergency use authorisation (EUA) was issued by the US Food and Drug Administration (FDA) for the Pfizer-BioNTech mRNA vaccine.

The Pfizer-BioNTech mRNA vaccine has since been authorised for use in 61 countries, including Malaysia. It is also the first Covid-19 vaccine to be given emergency use validation by the World Health Organization (WHO) on Dec 30, 2020, which also emphasised the need for global equitable access to Covid-19 vaccines.

Approximately, 148 million doses have been administered globally. Israel and the United Arab Emirates lead the pack with 78 percent and 53 percent of its population immunised with the Pfizer and Chinese vaccines respectively. (Diagram I)

Thus far, all the vaccines in use have proven to be very effective in preventing severe Covid-19 disease, Category 3-5, which often requires hospitalisation and has been responsible for 2.4 million deaths as of Feb 17.

The Phase III vaccine trials have shown vaccine efficacy (VE) in the range of 85-100 percent protection against severe Covid-19.

Israel was among the first to undertake a mass roll-out of the vaccines in December 2020. By the first week of February this year, 40 percent of eligible Israelis had received the first dose of either of the two mRNA vaccines. Some 75 percent of those over 60 years old had received both doses of their vaccines.

Maccabi, Israel's second-largest healthcare provider compared the infection rates of immunised and non-immunised Israelis. Some 66 (0.03 percent) people, out of a group of 248,000 vaccinated, developed mild Covid-19, not requiring hospital care.

The estimated VE was 92 percent, similar to the 95 percent in the Pfizer and Moderna Phase III trials.

In Maccabi’s sample group of 50,777 people over the age of 60 who received two doses of the vaccine, they reported a 60 percent decrease in the number of new infections and hospitalisations. (Diagram II)

Israel is currently undergoing its third lockdown, which began in late December last year. As of Feb 12, Israel has reported 734,575 cases with 5,441 deaths (0.74 percent). Researchers in Israel have suggested that the fall in cases and hospitalisations are due to the effects of the vaccines and not just the lockdowns.

Israel was also experiencing the highly contagious B.1.1.7 Kent strain, which was filling up its hospital beds.

The world has also seen the highly transmissible B.1.351 strain from South Africa and the P.1 variant from Brazil.

The presence of these very contagious variants in the community is very worrying and challenging to our yet to roll out vaccine programme. Notwithstanding, we must ensure very strict border controls to prevent the entry of these strains into the country.

The shortened three-day quarantine period of ministers is a big policy no. They have been well known to be super-spreaders since the Sabah state election and releasing them prematurely to the community following their overseas travels has the potential of releasing very contagious SARS-CoV-2 mutants into the population. This will increase the number of cases, overwhelm our currently stretched healthcare capacity and endanger the lives of our rakyat.

Similarly, the Malaysia-Indonesia travel bubble recently negotiated by the PM is not a good idea either. Indonesia, despite the introduction of the Sinovac vaccination programme, is a potential epicentre of the super-spreader mutants, considering their 1.2 million cases and 32,000 deaths, which are still largely under-reported since their positive rates are very high at 28.5 percent (as of Feb 7) (Diagram IV).

Very close sero-surveillance by the Institute for Medical Research (IMR) has detected a second Kent strain in Malaysia. It is vital that we stem the spread of these very transmissible strains, or we will render our vaccines less effective in protecting our population.

The more than 85 percent efficacy against severe Covid-19 disease by all the vaccines against the original SARS-CoV-2 strain is most welcome news. It means that fewer victims are admitted, less utilisation of ICU and ventilator beds, lesser deaths and the healthcare services are not overwhelmed.

The other property of the vaccine that is currently being investigated is its ability to prevent the transmission of infections. Early studies are indicating that the AstraZeneca vaccine is able to decrease the spread by 67 percent.

This suggests that even after the first dose, there is a 60 percent reduction of asymptomatic carriage. We look forward to the follow up of these patients to examine the reduction or elimination of the SARS-CoV-2 in the nasopharynx following immunisation.

Children under 16, those with certain pre-existing morbidities, lack of vaccines and those who choose not to receive the vaccines will benefit from the indirect protection provided by the vaccines which reduce the transmission of the coronavirus.

Some vaccine manufacturers are already beginning to design booster vaccine shots that would protect against these new variants. Others are developing polyvalent vaccines to deal with the many SARS-CoV-2 mutants.

For a start, our NPRA must very quickly license Moderna, Sputnik V and AstraZeneca for EUA since they have been published in peer-reviewed scientific journals. And we suspect Sinovac, Sinopharm, Johnson & Johnson and Novavax have submitted their brief documents for consideration.

This is very critical in order to ensure we have ready access to a complete portfolio of vaccines to enhance our chances of attaining herd immunity with multiple vaccines at warp speed.

As it is, Covid-19 vaccines are very difficult to come by and nations are scrambling to lay their hands on them. Even vaccine manufacturers are competing to acquire raw materials to ramp up their manufacturing capacity.

We have quite a bit of catch up to do. Singapore, Indonesia, Nepal, Bangladesh and Myanmar, just to mention a few, have advanced ahead of us. Singapore is expecting to complete its Covid-19 immunisation programme by this December.

If EUA is granted by the NPRA, private hospitals may be able to procure the vaccines and provide them to their paying clients. Our open letter to the PM urged the government to facilitate the licensing process and to cap the selling price of the vaccines (and PCR and RTK-Ag kits).

This is essential in order to ensure that they are affordable to the paying public and help to accelerate the national agenda to achieve herd immunity.

This clandestine marketing of these unauthorised vaccines must be stopped and the responsible agencies, namely the Health Ministry and the National Vaccination Council, must act swiftly.

DR MUSA MOHD NORDIN is a paediatrician and chairperson of the Federation of Islamic Medical Associations advisory council.