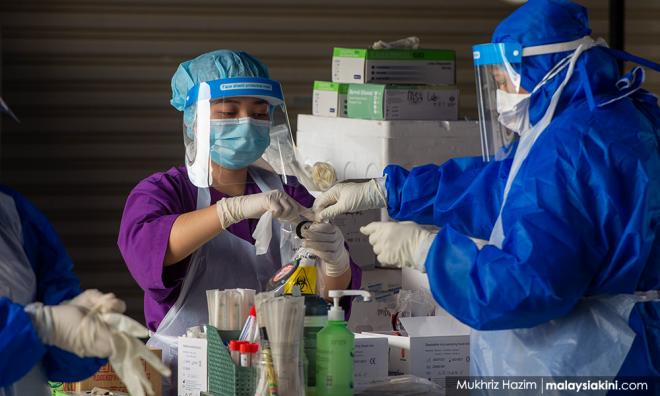 MP SPEAKS | As we battle the global pandemic crisis, with Malaysians and the rest of the world honour women this International Women’s Day observance on March 8, one cannot deny that the faces of women – strong, smart, resilient, passionate and driven by universal values of democracy, equality and justice – are fast becoming the frontline faces fighting for good governance and social justice for all.

Without a doubt, the faces of women are the ones leading the nation and the world to be healed, mended, restored, rebuilt and to be set right.

Deepening inequalities, a dangerous spike in violence against women, escalating child marriages, trafficking of women and children, infanticide of female babies, paired with patriarchal archaic laws, policies, beliefs and cultures work as a catch-22 situation against women who are also one of the most vulnerable groups affected by the Covid-19 pandemic.

In Myanmar, after the catastrophic coup d’état that overthrew the democratically elected government led by a woman, Aung San Suu Kyi, and with the installation of the junta military running the show, the face of a Catholic nun standing in front of a row of military personnel who were holding shields tore at our hearts bringing tears to our eyes. Sister of Francis Xavier, Nu Thawng, alone, crying out to the heavily armoured riot police, knelt down begging for them not to shoot peaceful protesters.

A mother and teacher, Tin Nwe Yee, was shot with tear gas, and was kicked by a Myanmar police officer while frantically searching for her asthma inhaler. She died but her efforts have not been in vain as her husband believes that her death will inspire others to fight against this injustice.

And with the shooting of the now-iconic "Angel" Ma Kyal Sin, a 19-year-old girl wearing a black T-shirt with the words “Everything will be OK”, the face of youths and women have emerged as the face of frontline protestors against tyranny and a reign of terror by authorities in power.

The call for the faces of women to be in the peace room is more critical now than ever before.

The faces of women, in a crisis, in a pandemic, have today become the faces of hope – for all. And with that hope, they represent the face of a remedy, a solution to improve the lives of all and to engineer and instil practices of good governance.

Women leaders like Jacinda Ardern, the prime minister of New Zealand, and her sterling leadership in addressing period poverty and managing the pandemic in her country as a whole, further cement the fact that the world is void of women in leadership positions when we have such capable women in abundance.

And Malaysia is no exception. We need to push for the advancement of women’s participation in politics and empowering them to take up leadership positions in nation-building.

And men must be part of that too – the solution and not the problem.

In times of darkness, when true leadership shines from the faces of good, capable, smart, courageous women, there is the light of hope right there.

Women as the frontline face for justice, freedom, equality and democracy, will not only be the face as frontliners fighting this pandemic but as a strong and valiant force against tyranny, authoritarian, oppressive authorities that continue to suppress the rights of all.

That time is now. Choose to challenge. Women as the face of hope.