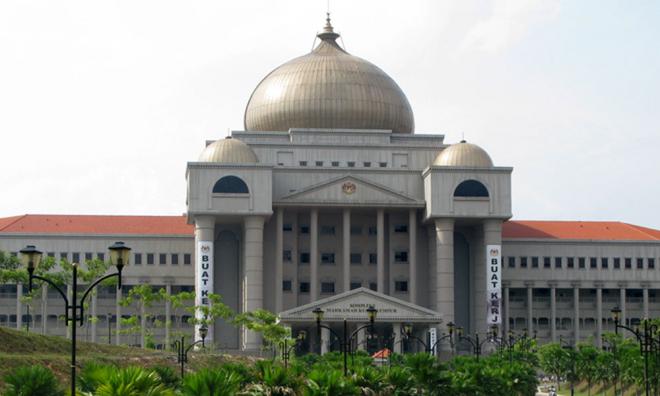 COMMENT | Can 'Allah' just mean God from now on?

COMMENT | Many years ago, I went to Sabah to direct a documentary series with writer and political commentator Karim Raslan called Ceritalah Malaysia. One of the stops that we did was in the town of Keningau as there was an interesting story there that we wanted to tell to the rest of Malaysia, which we felt was very important.

In the small town, there is a brother and sister from the Dusun ethnic group. The brother, Father Francis Dakun, is a Catholic priest who presides at the church. The sister, Ustazah Nooraidah Hidayah Dakun, is an Islamic religious school teacher.

What is even more significant is the fact that among the many siblings they have, half are Catholics and the other half are Muslims. Even more interesting is that their parents are pagans who believe in animism. Yet, they all get along perfectly fine and religion is no issue.

The patriarch of the family, Father Francis’ and Ustazah Nooraidah’s father, even built two kitchens in their house so that the entire family can gather together. And let me tell you, they have family gatherings all the time.

They will all be at the house on Christmas, Hari Raya and Hari Keamatan. There is no shortage of festivities to celebrate in the Dakun family and that is exactly how things should be. We in the Semenanjung have a lot to learn from our fellow countrymen in Sabah.

For too many years, we have been locked in a battle over the usage of the word ‘Allah’. For many Malay Muslims (mainly in the Semenanjung), the word should exclusively be used by Muslims only to refer to God and that no other religion should be allowed to use it.

But if you travel through Sabah, all the churches use the word Allah to refer to God. And for context, the language medium that is used in Sabah is Bahasa Malaysia. What other language should they use? It is our national language.

One of the main objectives of having a national language is supposed to be for unification. It provides a nation with a common identity, a common mode of communication and it makes us all feel like we are one. Like I said - unification.

Hence, that language needs to be inclusive. It means that everyone in the country should be able to use it as the main language. It should be a language that can incorporate into their lives, their practices, their culture and everything else that comes with it.

All these years, when the government had not allowed the word ‘Allah’ to be used by non-Muslims, it created that exclusivity. It was like an implied message saying that Bahasa Malaysia is not really for every single Malaysian.

I feel that the recent ruling by the High Court that the word ‘Allah’ can now be used by non-Muslims, is a very significant one for national unity. A few other words which have been prohibited previously have also been allowed such as ‘Baitullah’, ‘Kaabah’ and ‘Solat’.

What is funny is that these words aren’t even original Bahasa Malaysia words. They are Arabic. Aside from travelling extensively within Malaysia, I have also travelled extensively through the Middle East (I love travelling! And this pandemic has been bad on my wanderlust!).

In all of the Arab countries, the word ‘Allah’ is used by every religion that exists there, and that definitely includes the Christians. It is their word for God. What are you going to do? Get all the non-Muslim Arabs to use the word ‘Tuhan’ instead?

In fact, if you look at history, the word ‘Allah’ has been used in Sabah (and Sarawak) for hundreds of years. They have every right to use the word now if they want to. Actually, if you go to Sabah, you will notice that no one is even bothered about the issue. They just use it anyway.

I would like to suggest to the Home Ministry not to appeal against the court ruling. Let it stand and let the issue be put to rest. There is nothing to worry about or fear. We are a multicultural nation that has people from different races and religions.

We understand and accept our differences and we are unique because of this. We also want to be unified and have a true national identity that we all belong to. And let that common language we all share bring us together instead of tearing us apart.

ZAN AZLEE is a writer, documentary film-maker, journalist and academic. He had waited so long for a change in the system and he is not willing to settle for a half-past-six change. And then the Sheraton Move happened. Visit fatbidin.com to view his work.