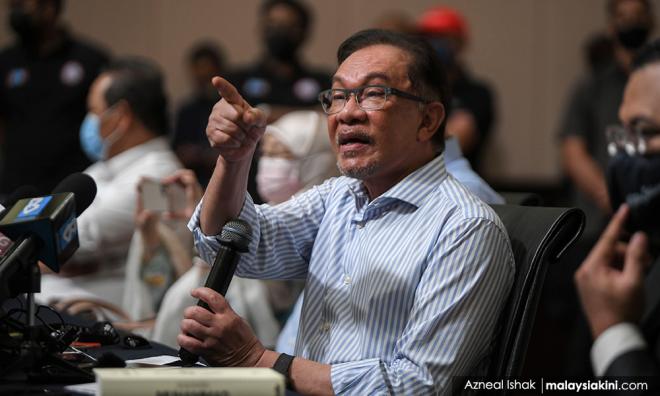 COMMENT | Anwar Ibrahim is at it again. At his most recent presser, he again attempts to push the narrative that he has the numbers – "adequate" – this time, to topple the Perikatan Nasional regime. Why have these silly pressers in the first place?

If you are not going to have a full-court press with all your supposed allies, then the only reason to have these types of pressers is to spook the ruling government.

The problem is that the ruling government is not spooked. They are so used to seeing Harapan with eggs on their faces that events like these just play into their narratives that Anwar Ibrahim will do and say anything to be prime minister.

The fact that various factotum in Harapan and not the big guns have come out to oppose such a move further feeds into the narrative that Harapan is fractured when the reality is that Anwar’s quest for power by aligning with untrustworthy corrupt political operatives is causing disunity in the ranks.

Furthermore, coalitions – grand or otherwise – are not needed to topple the PN regime. There is no need for “cooperation” between any parties. All that is needed are MPs - no matter which political party - to declare if they support the current prime minister or not.

Keep in mind what the prime minister said on the campaign stump in the Sabah elections – “The Bersatu president added that should he no longer qualify to be the prime minister, he has two options - to step down or recommend that the Agong dissolves Parliament.”

Hence all this subterfuge and political games between political operatives are not to “save Malaysia” but to save ...