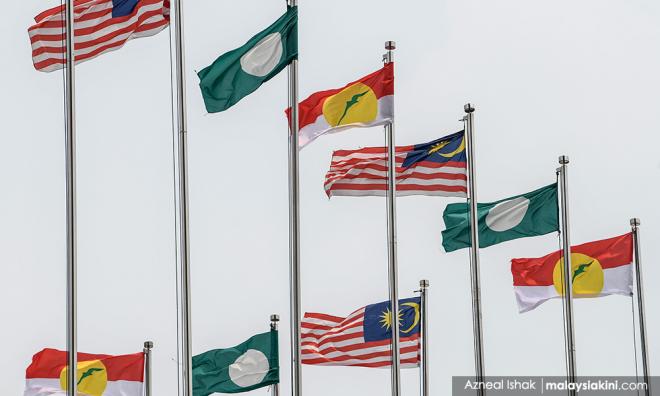 COMMENT | When Umno and PAS fight, M'sia will lose

COMMENT | The real issue facing Malaysians who do not want a theocratic state is not the hissy fit between Umno and Bersatu but rather the fallout from whatever happens between Umno and PAS. The Umno clash with Bersatu is just another manifestation of how Umno potentates and factotums jostle for power as they have been doing for decades, which has seen electoral losses but not a repudiation of Malay uber alles politics.

In nearly all my columns I have argued that the existential threat facing Malaysia is not the antics of a kleptocracy or a kakistocracy but religious extremism. As race and religion are not mutually exclusive in this country, the threat from majoritarian religious extremism policies is a clear and present danger when it comes to the social and economic ecospheres of this country.

In times of political uncertainty in the Malay political establishment, we can rely on two dominant modes of propaganda and repression. The first is to scapegoat the DAP for everything wrong with the country and the second, to promote “Islamic” policies which would act as connective tissue between supremacist ideas and victimhood narratives.

Umno people I speak to have only disdain for PAS. Back in the day, they had a modicum of fear and respect for the revered PAS leader Tok Guru Nik Aziz if only because he reflected the kind of Islam which was foreign to Umno folks. At least publically.

As someone who had “issues” with Tok Guru and who publically expressed them, it is important to keep in mind that PAS supporters and the leadership under Tok Guru were steadfast in their narratives about a kleptocratic government, the high cost of living and the values of Islam in a Malaysia which was compromised.

What bothered the hell out of Umno in the old days was that they always had to ...