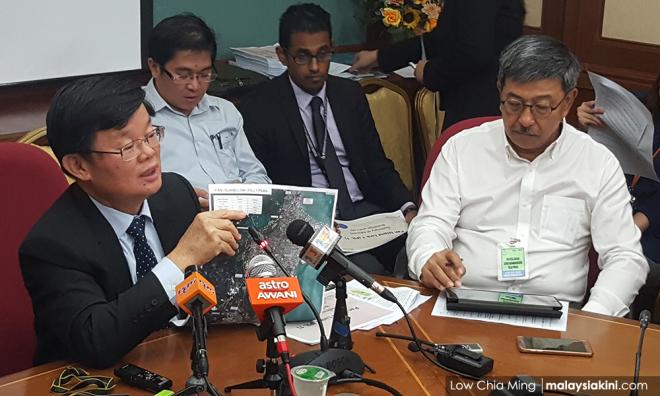 COMMENT | The Penang Transport Master Plan (PTMP) proposed by SRS Consortium is clearly controversial in more ways than one.

In 2015, the Penang government announced that SRS Consortium was selected through a so-called “request for proposals” as a project delivery partner or consultants to implement the transport blueprint designed by the original consultants, Halcrow.

SRS came up with a 20-volume proposal that bumped up Halcrow’s estimate for the infrastructure cost from RM27 billion to RM46 billion. The SRS proposal radically departed from the Halcrow blueprint by introducing expensive transport infrastructures such as mega-highways, an elevated light rail on unsightly pillars and outdated monorail systems.

Many analysts back then believed that this cost was to justify 4,500 acres of massive land reclamation that SRS was also proposing with the blessing of the Penang government.

The plan clearly did not promote sustainable mobility for the entire state. A big part of the problem is that the three partners in the consortium – the contractor Gamuda (60 percent) and two Penang-based property developers – do not have adequate experience in drawing up and implementing a sustainable mobility plan.

Civil society representatives from Penang Forum also repeatedly warned at Penang Transport Council meetings of a conflict of interest if the consultants for the project were to later become contractors of the project. After all, how could consultants propose a plan that they would very likely profit from as contractors?

And so it has come to pass. The "project delivery partner" model has now been dropped, and SRS Consortium and Gamuda have emerged as contractors in the reclamation of part of Island A – that, too, without an open tender. This conflict of interest alone raises many...