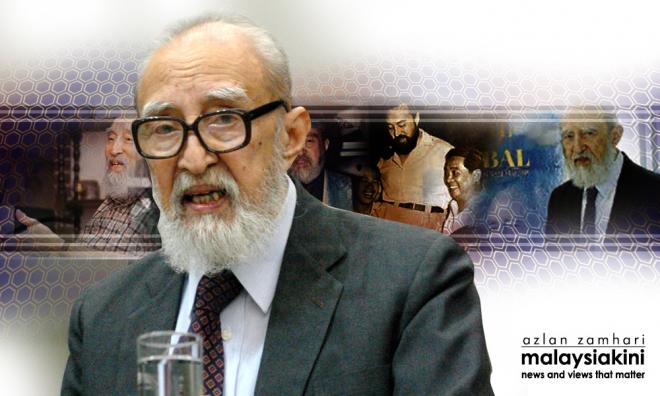 COMMENT | Many people have asked me why my father, the late Syed Hussein Alatas, joined politics.

Times were very different in the 1950s and early 1960s, both globally and in Malaysia. Syed Hussein Alatas studied the decolonising movements then erupting around the world. He was attracted to the ideas of the Indian, Indonesian, Latin American and African intellectual awakenings. These home-grown developments were ignited by anti-colonial, people-centred passions in response to the injustices of colonial administration.

Alatas studied similar popular uprisings and reform agendas around Southeast Asia. He focused on the role of intellectuals in conceptualising and exposing the failure of political leadership. In the process, Alatas hoped to mobilise political and social consciousness in Malaysia. He did this in a number of ways, as co-founder of Gerakan, through his academic and popular writings, conference papers, public lectures and political statements.

My father hoped for a similar intellectual awakening in Malaysia. He hoped that the awakening that was taking place around the rest of the colonised, third world would gain momentum in his own country. His idealism was manifest in his deep passion for reading the works of Western and non-Western revolutionary thinkers, something our current political leaders do not care to think about.

In his book Intellectuals in Developing Societies (1977) he refers to thinkers and revolutionaries such as Jose Rizal, Herbert Spencer, Jamaluddin Afghani, Mohd Natsir, Rabindranath Tagore, Karl Mannheim and Ivan Goncharov. Till his death in 2007, Alatas lamented that an intellectual awakening among the political leadership and the Malay elite, which would filter down to the rest of society, never happened in Malaysia.

He also warned that it may never happen for generations to come, given the neo-colonial feudal mentality among leaders, the receptiveness of such values in society, the penchant for the abuse of power, self-aggrandisement, the worship of excessive wealth and the politicisation of education. His book The Myth of the Lazy Native (1977) addresses these issues in detail.

Syed Hussein Alatas co-founded Gerakan because of his desire to inject an ideological and intellectual dimension into Malaysian politics. He and the other co-founders believed that Gerakan had the potential to be firmly grounded in an ideology that would help in our nation-building agenda. This fell apart once ethnocentric politics gained ground, which culminated in the May 13, 1969 events.

By the beginning of the 1980s, Alatas was convinced that politics in Malaysia had become ...