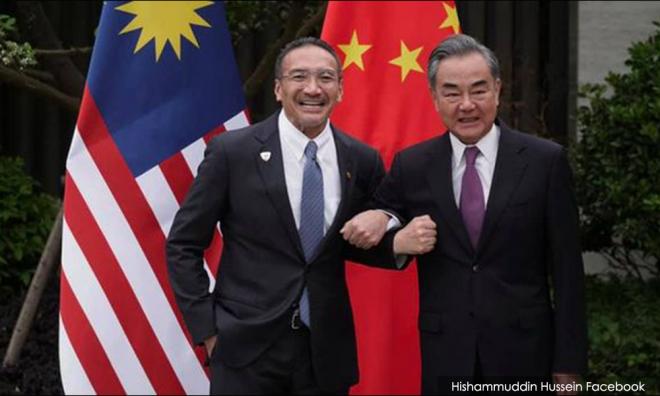 COMMENT | There is a crater in Malaysian politics. This is the gap that exists that ideology is meant to fill.

Scratch a Malaysian politician, and the chances are you will find that aside from being against a whole lot of injustices - which it is easy to be (it's simpler to be against things than for things) - he or she cannot connect the dots to a world-view.

That world-view has to be based on a concept of the human person with consequent sensitivity to the conditions that would help make the person (and nations) flourish, making it incumbent on the proponent to strive in concert with others of like mind to obtain those conditions for human (and national) flourishing.

Just the other day, there was a kerfuffle over Foreign Minister Hishammuddin Hussein's use of the term “big brother” with reference to either his counterpart, Wang Yi, of China or to the Chinese nation.

The incident serves as a good illustration of the point about the general void in ideology in Malaysian politics.

Even if one charitably interprets Hishammuddin's use of the term “big brother” as referring personally to his counterpart Wang Yi - and not to the Chinese nation - it's a stance that leaves a lot to be desired.

Hishammuddin was never in interactive proximity or rapport with Wang Yi such that he could use “big brother” as a descriptor of his ties to his Chinese counterpart.

Hishammuddin goofed badly because the remark could only be taken as an earnest of the foreign minister's desire to dispose of the top diplomat of a big power to be on...