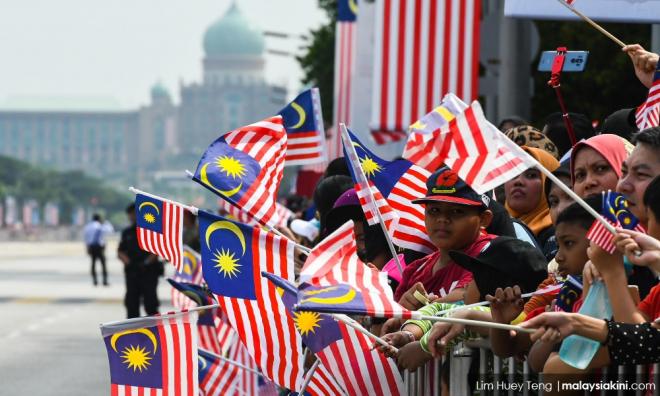 “Colour is not a human or a personal reality; it is a political reality.”

- James Baldwin, The Fire Next Time.

COMMENT | Lim Kit Siang recently asked Malaysians to ask themselves one question – “who is the 'Other' in the Malaysian context?” His answer to this question, his point of self-reflection if you will, was this:

As someone who has spent a decade attempting to figure out what it means to be “Malaysian”, I have to say this is the kind of propaganda I have been opposing all this time. Come one, in this context, like it is in many places of the world, the "other" is what the state defines.

What binds us as a society, the rules of engagement if you will, are the policies, rules and ideas that we subscribe to as a collective even though we may subscribe to individual or community ideas of culture which include religion.

Hence, it is not a question of how individual ethnic groups view each other but how the state views diverse communities and how those communities interact with the state. Hence, if we subscribe to policies based on a value system we all share (regardless of ethnicity) and this is reflected in the governance of the state, it does not matter how each community views each other.

Now, when politicians ask us to ask ourselves questions, this really means that they do not have constructive answers for questions already known. I am not saying that Kit Siang is doing this, but generally, when you have to ask people who vote for you why race relations in this country are the way they are, then you, as a political operative, are part of the problem.

And it is a pity because, for decades, Kit Siang was part...