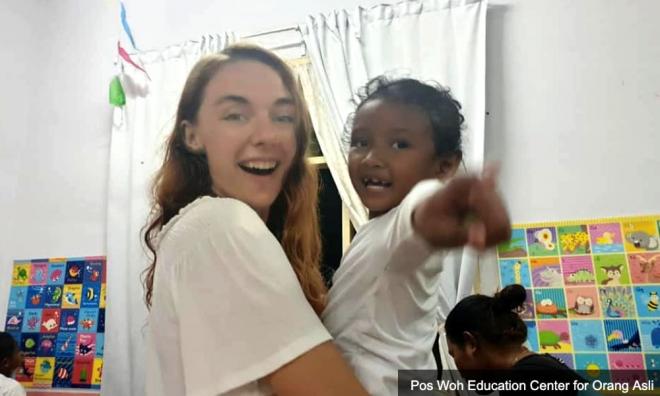 COMMENT | From Russia with love: Living amongst the Semai

COMMENT | The right teacher inspires and motivates; the wrong teacher will dampen the child's desire to learn and possibly deny him many opportunities in life.

The right teacher gives the child a head-start in life. He is eager to open a book, learn a language and ask questions. He is thirsty for knowledge.

One teacher, who did just that in Pos Woh, an Orang Asli hamlet near Tapah, is 31-year-old Russian Valeriya 'Valerie' Astashova.

Most readers will recognise her from this report of March 2020 about air travellers stranded at KLIA2.

Almost a year later, Valerie was again in the news when it was reported that the Department of Orang Asli Development (Jakoa) had told her to leave the village which she had called home for the past six months.

Apart from the children of Pos Woh, their parents and Valerie's close friends, few will know of the depth of gratitude and affection that the villagers have for her. With limited resources, she introduced them to a new world of learning, not just for the children but also their parents.

Pos Woh has around 300 residents, with 87 children whose ages range from babies to 17. Soon after her nightmare at KLIA2, Valerie went on a mission to deliver food aid to the Orang Asli. She noticed that the village lacked a school, so she volunteered to be the teacher-on-site...

Tumultuous year for Russian who came to volunteer in Malaysia
6 Apr 2021
Russian teacher cites 'misunderstanding' for action against her
4 Apr 2021
'All we have left is to hope and pray': Travellers stranded in KLIA2
27 Mar 2020