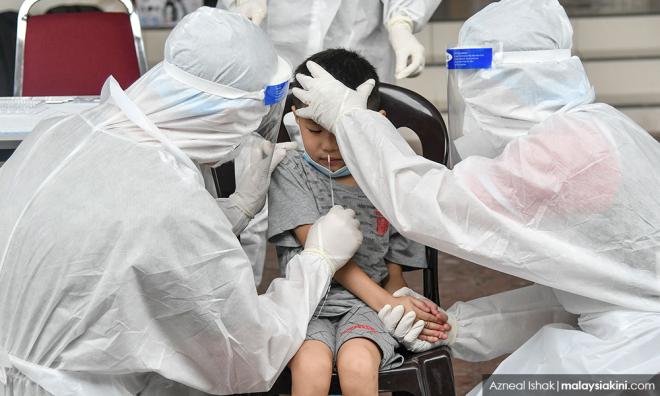 MP SPEAKS | Yes, admittedly the rise in daily numbers of Covid-19 infection in Selangor is worrying, to say the least. But the question that begs an immediate answer is, 'what is the cause for that?'

There are essentially two reasons for these huge numbers in Selangor.

First, the numbers are contributed by our community Covid-19 testing, started as early as last year and all the more now, because we are doing the mass testing aggressively. We have already covered more than half of the 56 state constituencies in Selangor.

Second, the escalating numbers are actually a reflection of the inherent failures to test, track and trace fast enough, hence the failures to isolate the positive cases of the workplace clusters (45 percent), especially of the asymptomatic individuals.

Clusters originating from social gatherings about 20 percent (eg, the recent Hari Raya) or religious rites settings about 18 percent, have also contributed to the rising numbers.

With them roaming around and infecting others inadvertently, new cases multiply quickly and often claimed to be 'sporadic' and 'unlinked' cases to the existing clusters.

With this 'spill over' to the community largely unchecked, for lack of testing, little wonder that numbers are unabating and remain high.

If you remember the benchmark set by the World Health Organization on 'Positivity Rate' to be less than five percent, getting higher than five percent means that there are still many positive cases that are not detected in the community or in the workplace clusters, etc, that could very well be asymptomatic.

This group of Category 1 patients that are either without or very mild symptoms are left 'roaming around' unchecked. These individuals form an 'infectious reservoir' for further outbreaks or future clusters.

With our effort of intensifying mass testing, we hope to finally reduce daily numbers to make it more manageable for our health facilities.

We must also ensure that our frontliners are not too fatigued or overwhelmed, especially those working in the intensive care units and taking care of intubated patients under mechanical ventilators and hopefully reduce the numbers of deaths or mortality.