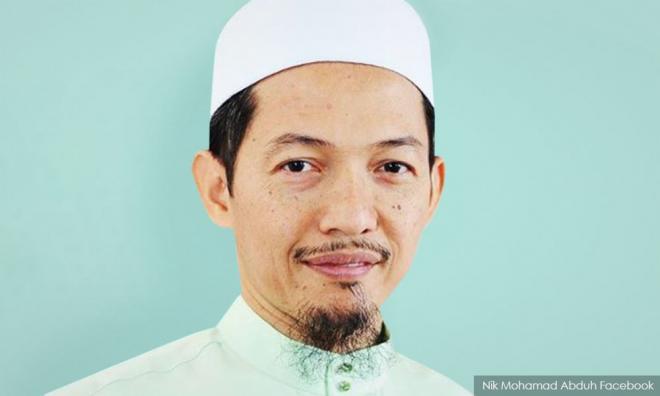 COMMENT | Nik Abduh, should the orphans in Gaza not raise the white flag?

"Don't surrender to these challenges by teaching the people to raise a white flag."

COMMENT | Well, of course, someone like PAS central committee member Nik Abduh Nik Aziz is terrified that the "white flag" movement will gain momentum and of course, political operatives would want to join this grassroots level movement.

What bothered me about the statement of Nik Abduh (above) is that the religious bureaucracy in this country is one of the most well-funded branches of government. Billions of ringgit flow through its coffers going to who knows where and for who knows what purpose.

This brings me to an important question. Recently a local preacher opened an orphanage in Gaza. If this is not a "white flag" movement, I do not know what is. So my question to Nik Abduh is, would he say to the preacher - and of course the orphans - "Raise your hands and supplicate to God. That is the flag of strength and optimism in facing life’s challenges. Don't surrender to these challenges by teaching the people to raise a white flag"?

But here's the thing. In this context, the white flag is more than just a symbol of distress. The Perikatan Nasional (PN) regime, the Islamists who support this regime and, of course, corrupt politicians, know what the white flag really symbolises.

What it symbolises is the abject failure of policies and agendas which...

COMMENT | Ask and you shall receive. Raise the white flag
30 Jun 2021
After raising white flag, father of two gets help for food, rent
29 Jun 2021
Nik Abduh: Pray when faced with challenges, not wave white flag
29 Jun 2021
White flag for aid: Zuraida joins in, Amanah to turn it political
29 Jun 2021
'Use white flag if you need food' movement gains traction
28 Jun 2021