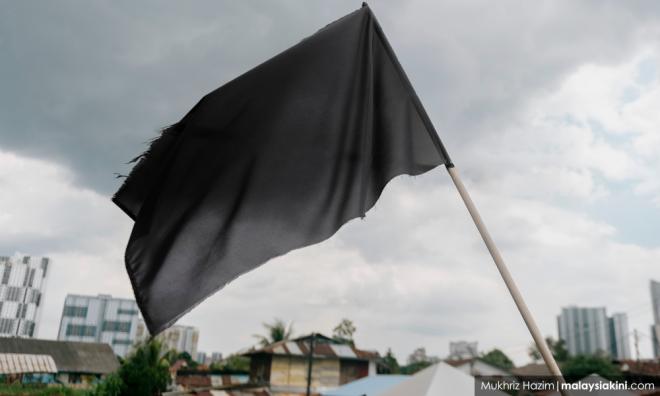 COMMENT | As millions in Malaysia are living under a punishing emergency lockdown during an imposed emergency in the Klang Valley and across many parts of the country, the nation’s politics are being transformed.

Covid-19 will have many legacies - but one of these will be on politics.

Changes are unfolding with the rise of virtual solidarity movements, unprecedented contempt of authorities (in their durian parties) and the emergence of new forms of protest. The traditional bastions of politics - political parties and the politicians that lead them - are no longer setting narratives or effectively channelling discontent as they did in the past.

In the last 24 hours, there have been over 200,000 tweets in the ‘black flag’ protest against the government, many calling for the resignation of the current government and all of them expressing anger at ineffective policies that are causing hardship and not seen as resolving the effects of the pandemic. This is only the tip of a cauldron of resentment against a government and leadership that is seen by many to be failing its people.

The last two years of Malaysia’s politics has focused on elites - their interests, ambitions and conflicts. These elite dynamics brought down an elected government to bring about reform in February 2020 and continue to shape current politics...