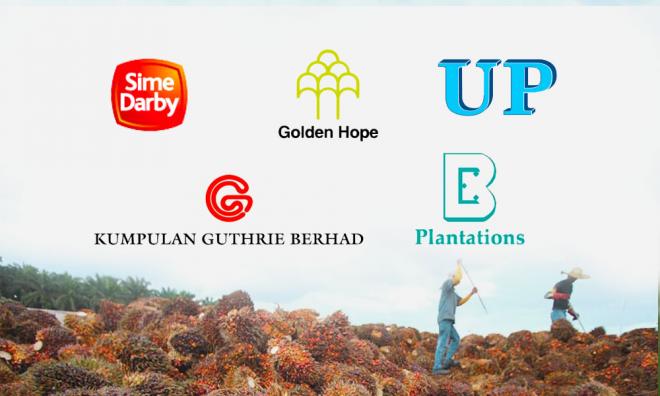 History is all around us. But people just don’t value it. Even though we live in the present, it’s our past that is shaping our future. The Malaysian oil palm industry is just “full of history”. It’s both intriguing and inspiring.

For Malaysians in general, Sime Darby is no stranger to our oil palm commercialisation. Now how well do you know about Guthrie, Golden Hope and United Plantations? What about Boustead Plantations and Socfin?

Clearly, all those names suggest a deep-rooted history of western footprints. To be precise, the Malaysian oil palm history is so ingrained in the European roots. That’s nothing to be ashamed of. The oil palm socioeconomic advancement is part of our nation building that we should take pride in.

It all started in 1917, a little over a century ago. Henri Fauconnier, a young Frenchman, commercially planted oil palm at the Tennamaram Estate in Batang Berjuntai (now known as Bestari Jaya), Selangor.

The ‘French connection’ opened the door to more oil palm successes for other Europeans. And that marked the beginning of a glorious journey for Malaysia (known as Malaya then), a nation endowed with envious natural resources.

Meanwhile, the history of Sime Darby dates back to 1910 when Englishmen William Middleton Sime, Henry d’Esterre Darby, and Herbert Milford Darby founded Sime Darby & Co in Malacca. It was a fledgling player in the lucrative rubber industry, which later diversified into cultivating palm oil and cocoa, and achieved enormous success subsequently.

We probably need a few hundred pages to describe its rich history prior to the millennium. Let’s fast-forward to 2007, the year the modern Sime Darby was created through a merger of three companies - Sime Darby, Guthrie and Golden Hope.

Earlier, the group was awarded its first Roundtable on Sustainable Palm Oil (RSPO) certification in 2008. In July 2014, it became a signatory to the Sustainable Palm Oil Manifesto, an initiative that sets higher standards for growers, traders, end users, and other stakeholders in addition to the RSPO Principles and Criteria

By signing the Manifesto, all signatories affirms their commitment to no deforestation, creating traceable and transparent supply chains, and protecting peat areas, while ensuring economic and social benefits for the local people and communities where oil palm is grown.

As at 29 March 2019, Permodalan Nasional Berhad (PNB), a Malaysian government-linked investment company, had a 52% stake in Sime Darby Berhad.

Guthrie was founded in Singapore in 1821 by Scotsman Alexander Guthrie, as the first British trading company in Southeast Asia, known as Guthrie & Co. then. Guthrie introduced rubber and oil palm to Malaysia in 1896 and 1924 respectively.

In 1981, PNB became the largest shareholder (51%) of Guthrie Corporation Limited through a stunning 4-hour ‘dawn raid’ on the latter’s shares on the London Stock Exchange. The acquisition paved the way for its listing on the Kuala Lumpur Stock Exchange (KLSE) in 1989, which was then the largest public issue in Malaysia.

In 2007, Guthrie became a merged entity of Sime Darby, together with Golden Hope.

Earlier, in 1844, Englishmen Daniel Harrison, Smith Harrisons and Joseph Crosfield, formed a trading partnership called Harrisons & Crosfield in Liverpool, England. And in 1905, the company purchased several small estates in Malaysia and amalgamated them to form the Golden Hope Rubber Estate.

In 1977, Guthrie Corporation Limited was listed on the London Stock Exchange; and witnessed the merger of Golden Hope, Pataling and London Asiatic, resulting in Harrisons Malaysian Estates Ltd owning a total land bank of 179,000 acres, planted with rubber, oil palm and coconut.

Golden Hope was subsequently integrated into the Sime Darby group through the aforesaid 2007 acquisition.

The European legacy continues with United Plantations, which was founded on Danish expertise and resources.

It started with a journey full of twists and turns involving its founder Aage Westenholz, who left Denmark for Bangkok as a civil engineer. Around the turn of the century, the rubber industry was in its infancy and interest in rubber planting in Malaya was growing.

And so in 1906, Westenholz found the golden opportunity to hop onto the bandwagon, establishing the Jendarata Rubber Estate of 809 hectares in Lower Perak, near Teluk Anson. This was followed by the inception of Corner, Raja Una and Westenholz Brothers Coconut Estates on the Selangor Bank of the Bernam River, opposite to Hutan Melintang some years later.

Finally in 1917, all of the above three entities were merged into United Plantations Limited.

Prior to that, Westenholz had retired in 1911 and was succeeded by his younger cousin, Commander William Lennart Grut, who later met Dutchman Blumendall that would alter United Plantations’ course of history with 8 hectares of oil palm cultivation at Sungei Bernam Estate in 1918.

In the same year, Grut acquired 2,428 hectares of plantation land situated 60 kilometers up the Bernam River, which in turn made him the founder of Bernam Oil Palms Limited, one of the pioneers of the Malaysian oil palm Industry. And that coincided with Guthrie's and Socfin's venture into the same industry.

In 1932, United Plantations Limited was listed on the Copenhagen Stock Exchange.

In 2004, United Plantations acquired Socfin’s Lima Blas Estate and that brought the company’s total land bank to 40,874 hectares, hence becoming one of the key players in the Malaysian oil palm industry.

If you observe our commercial plantation history closely, possibly all of our major plantation companies established their footing in the rubber business before switching to oil palm. In the Malaysian context, rubber and oil palm are both historically and economically intertwined. Both crops had tasted great successes and bumped into hard knocks. Interestingly, they could either complement or take over each other’s economic role on certain occasions.

The large-scale growers of western roots had significantly shaped the way we grow and innovate our oil palm industry. With decades of experience and expertise in the development, management and operation across the entire value chain, Malaysia is today a world leader in the business and walking the talk - practising international sustainability standards.