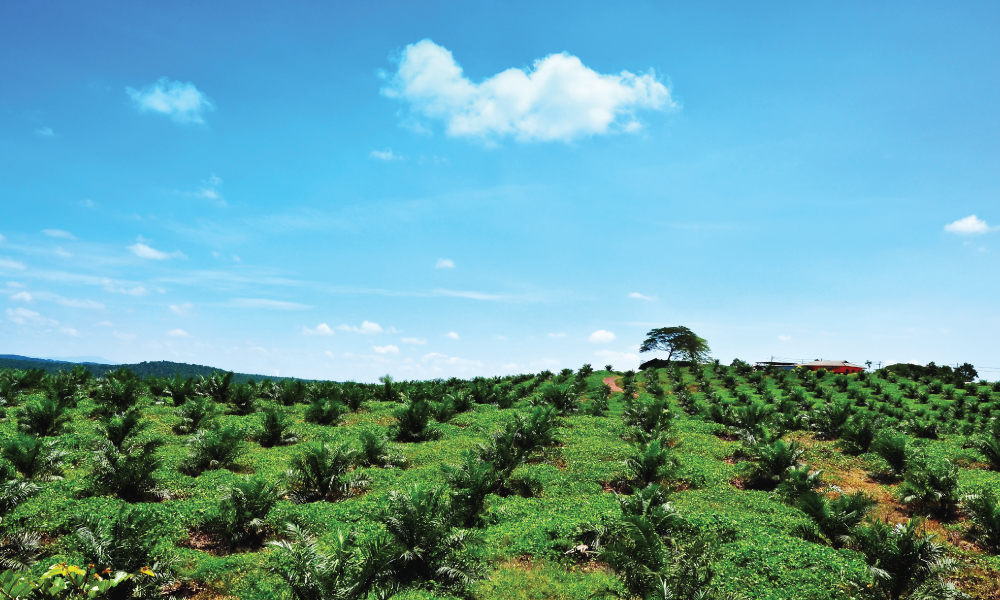 The decision by the European Commission (EC), the executive arm of the European Union (EU), to phase out palm oil-based biofuel by 2030 is striking the nerves of major producing nations while fueling a heated debate among the value chain stakeholders, including environmental activists.

The move tabled under the Delegated Act is taking aim at crops presumably contributing to global carbon emissions driven climate change. Indonesia and Malaysia, which command about 85% of the global palm oil production, have since voiced their objection against the move, citing it violates the World Trade Organisation’s (WTO) free trade rules.

Both nations argue that palm oil is being unfairly targeted on a discriminative ground to support other types of vegetable oils, especially those produced in Europe.

Malaysian Primary Industries Minister Teresa Kok even rubbished that as “the politics of protectionism” unsubstantiated by science.

So, how do the WTO free trade rules or principles look like?

The WTO agreements are lengthy and complex because they are legal texts covering a wide range of activities including dealings with agriculture, telecommunications, government purchases, and intellectual property, among others.

The very first WTO principle is “trade without discrimination”, clear and loud. The most-favoured-nation (MFN) principle calls for “treating other people equally”, meaning countries bound by the WTO agreements cannot normally discriminate between their trading partners.

The “national treatment” spells its principle out as giving others the same treatment as one’s own nationals i.e. treating foreigners and locals equally. This means imported and locally produced goods should be treated equally, at least after the foreign goods have entered the market. The same should apply to foreign and domestic services, and to foreign and local trademarks, copyrights and patents.

And just as its name implies, championing a freer trade by lowering trade barriers is one of the most obvious means of encouraging trade. The barriers concerned include customs duties (or tariffs) and measures such as import bans or quotas that restrict quantities selectively.

Either a trade barrier goes up or down, it gives an indication of what lies ahead for future opportunities – through the principle of “predictability and stability”, which can be improved by discouraging the use of quotas and other constraining measures such as setting limits on quantities of imports. Bear in mind that administering quotas can lead to more red tape and accusations of unfair play. The big picture here is - with stability and predictability, investment is encouraged, jobs are created and consumers can fully enjoy the benefits of competition in terms of choice and price.

So, how does WTO define what is fair or unfair?

No doubt, the non-discrimination rules – MFN and national treatment – are designed to secure fair conditions of trade while allowing for tariffs and, in limited circumstances, other forms of protection. The complex system, however, is principally bound by the spirit of “open, fair and undistorted competition”. Generally, the WTO agreements are in fact aimed at supporting fair competition among member nations, including how governments can respond to the damage caused by an unfair trade. In the case of the EU’s palm-based biofuel phase-out, both the Malaysian and Indonesian government have cried foul at the move, seeing it violate WTO's non-discrimination obligations, with certain elements going against the General Agreement on Tariffs and Trade (GATT).

One of the main purposes of the establishment of WTO is to encourage development and economic reform. And as a matter of fact, over three quarters of the WTO members are developing countries and countries in transition to a market economy. One thing for sure, the WTO system contributes to development, which takes time. And developing countries need flexibility in the time they take to implement the system’s agreements. And the agreements themselves inherit the earlier provisions of GATT that allow for special assistance and trade concessions for developing countries.

The Malaysian government has also issued a 10-point statement to assert its stand on this heated issue.

One of the claims is - “The high-risk classification of palm oil is a double standard by the European Commission, in which it failed to apply the same standard to soybean oil, despite the fact EU’s own research proves that soybean is a bigger contributor to deforestation, whereas palm oil yields eight times more oil than the US soybean oil per hectare, but the European Commission classifies soybean as ‘low risk’ for political reasons.

Another claim is – “The Delegated Act is discriminatory against the economies of developing nations in Southeast Asia, Africa and Latin America, which produce palm oil, and it is designed to hurt the livelihoods of millions of small farmers”.

While we are still unsure of how things pan out ultimately, one thing seems to be sure, the oil palm industry is being targeted by a global network of stigmatic campaigns, which Kok likened it to concealing the versatility, efficiency and availability of this crucial ingredient, which is known for its extensive food and non-food applications.