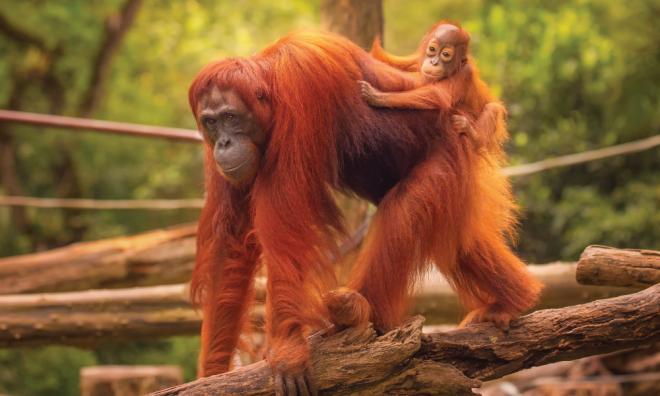 Sustainable oil palm cultivation will not harm the environment

There is something about the orangutan that pulls at our heartstrings more than any other living creature. Perhaps it is because we share some 97% of the same genetic material that we think them almost kin. They make the perfect poster child in the campaign against palm oil.

In December last year, "Rang-Tan", a 90-second Christmas ad which told the story of an orangutan that was forced from the forest to make way for palm oil production, caused quite an uproar in the West. That the ad was banned in the UK for being "too political" only made it viral, along with calls to ban palm oil.

When the WWF-Malaysia released its scientific paper entitled: "Changes to Orangutan Population in Recent Times: 2002-2017", many news outlets flashed headlines which pretty much say orangutan numbers fell 30% due to oil palm plantation, with varying degrees of blame.

The fact is, the WWF survey confirmed an overall positive development in orangutan conservation in Sabah. It highlighted three main findings:

First, the accuracy of orangutan population estimates in Sabah had improved due to increased survey efforts.

Second, the orangutan population in Sabah had been stable for over 15 years from 2002.

Third, the small population of orangutan surrounding oil palm plantations had declined at varying rates. While there was a decline recorded in three of the eight regions surveyed, there was also a marked increase in most of the regions, with some as high as 400%.

Very importantly, the WWF paper concluded that Sabah remains Malaysia’s stronghold of the Bornean orangutan, with more than 70% of the population found in totally protected areas in the state. WWF stressed that this number can be maintained as long as proper conservation management measures continue to be in place.

And the palm oil industry is doing its part in that conservation. The Wildlife Rescue Unit of the Sabah Wildlife Department, established due to the urgent need to address pertinent wildlife conservation issues in Sabah, is fully funded by Malaysian Palm Oil Wildlife Conservation Fund.

WWF has in many instances stressed that it is not palm oil that harms the orangutan; it is unsustainable agricultural production. "When cultivated properly and planted in the right places, production of palm oil would not negatively impact the environment," WWF-Malaysia Conservation Director Dr Henry Chan had said.

He lauded the government's continued push for sustainable practises, such as the Minister of Primary Industries pledge (in October 2018) to halt the expansion of oil palm plantation to ensure Malaysia’s forest cover remain above 50%. "This underlines Malaysia’s commitment to the United Nations' sustainable development goals that call for a halt to deforestation by 2020."

Malaysia increasingly subscribes to Certified Sustainable Palm Oil (CSPO) and has voluntarily adopted internationally-accredited sustainability standards. In addition, Malaysia has mandated certification of all of its palm oil supply chain by December 2019 through the Malaysian Sustainable Palm Oil (MSPO) standard.